US govt delivers $77m in grants for tribal broadband 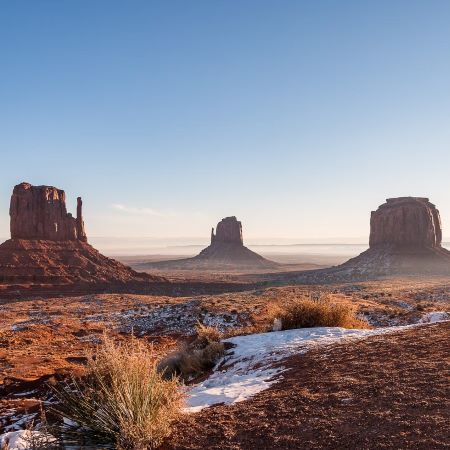 Launched back in summer 2021, the Tribal Broadband Connectivity Programme is a $980 million programme directed by tribal governments, offering grants for the deployment of broadband infrastructure on tribal lands, as well as to enhance the access to digital learning opportunities and telehealth.
Applicants for the grants had until September 2021 to apply, with the programme receiving over 280 submissions. Ironically, at the start of 2022, some tribal advocates complained to the Senate that they did not have the broadband access needed to apply for the funding scheme.
Nonetheless, since late 2021 the NTIA has gradually been reviewing these applications, periodically announcing grant allocations in batches. So far, these allocations have been relatively small, totalling around $6 million for various projects.
This week, however, marks the first major raft of grants to be allocated, with the NTIA awarding 19 grants worth almost $77 million. The grants will affect communities in 10 states, with the projects set to boost internet use and adoption projects to improve healthcare, workforce development, education, housing, and social services in tribal communities.
By far the largest of these grants is being given to the Alaska Federation of Natives. Totalling over $35 million, the project proposes a consortium consisting of 73 Alaska Native Tribal governments, Alaska Native Corporations (ANCs), and tribal organisations to reduce barriers to broadband usage among Native Alaskans by providing broadband-enabled devices, subsidizing broadband service, and implementing digital skills and workforce training. It will also seek to improve health care access among tribal communities by equipping Alaska tribal health partners with the equipment and training needed to offer telehealth services.
In total, the NTIA has so far awarded 33 grants, representing over $83 million in investment.
“For far too long, Tribal Communities have been cut off from the benefits of high-speed internet, as well as the associated economic benefits that come with it. From running a business to taking online classes to scheduling a doctor’s appointment, the internet is a necessary tool for participating in our modern economy, and it’s an absolute injustice that this resource has been deprived from so many Native Americans across our country,” said US Secretary of Commerce Gina M. Raimondo.
“This critical funding will bring affordable, high-speed internet service to Tribes from Alaska to Rhode Island, and many places in between, expanding access to telehealth, distance learning, and workforce development. Today’s awards reaffirm the Biden-Harris administration’s commitment to ensuring that Tribal communities, as well as unserved and underserved communities in every state and territory, have the resources they need and deserve to thrive in our increasingly digital economy.”
The recently enacted Bipartisan Infrastructure Law, which will see an investment of $65 billion in broadband funding across the country, will further bolster the TBCP with an additional $2 billion.
Extending broadband access to tribal communities in the US is a major challenge. While 2019 data from the Federal Communications Commission showed that 95.6% of the US population had access to fixed broadband services, his number shrinks to just 79.1% of people on tribal lands.
In addition, to having less access to the technology, the data also suggests that there is also a major hurdle when it comes to uptake of these services, with just 46.5% of tribal households making use of available broadband services.
Clearly, there is much progress yet to be made to help connect tribal communities and, with almost $2.9 billion remaining, the scale of government support via the TBCP must accelerate quickly if it is to have a significant impact on the growing digital divide in the US.