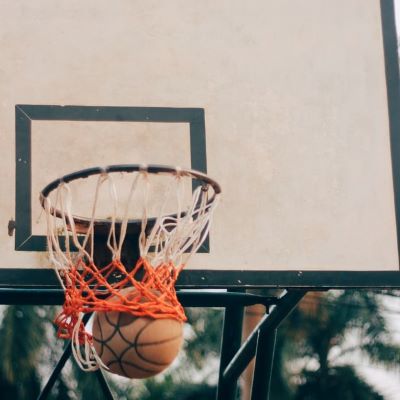 The 5G-enabled arenas will deliver more immersive experiences for fans, as well as helping the logistical management of the locations themselves

Verizon today announced the deployment of 5G Ultra Wideband in 14 additional arenas and multi-year agreements as the exclusive 5G partner of the 15 NBA teams who play at these venues, bringing the total number of arenas and stadiums enabled with 5G to more than 60. With 5G Ultra Wideband, teams have the ability to bring fans in the stands closer to the action on the field, court or ice through immersive fan experiences. For example, fans can point their 5G phones at a player and get live stats and real-time information about that player. Arenas also have the ability to utilize next-gen solutions to innovate around public safety, access, concessions and crowd management.

"As fans return to live events, the need to reimagine the in-arena experience and operations has accelerated and 5G Ultra Wideband is a critical component," said Brian Mecum, Vice President of Device Technology for Verizon. "The deployment of 5G in these arenas is the foundation for unlocking future fan experiences and solutions for venue operations."
The team partnerships, combined with the Verizon 5G Ultra Wideband network, can enhance applications like ShotTracker, enabling its sensor-based technology to collect and share game stats with low latency, faster and more accurately than any other platform. ShotTracker, a Verizon Ventures portfolio company, is currently being tested at the Verizon 5G Performance Center, the practice facility for the Phoenix Suns. With this technology, teams and broadcasters have the potential to use this data to automate the tracking of player shot selection, ball movement and player efficiency to provide near real-time, in-game analysis.
Imagine being able to get shot make/miss projections for a player as he begins to take a shot, based on total career shooting percentage from that spot on the floor, in similar game situations. This would require being able to process and present massive amounts of historical data, along with real-time, in-game data delivered to thousands of fans in the arena. This could potentially happen for every shot, pass or steal in the entire game and isn’t possible without 5G, MEC and ShotTracker working together to make a real impact.
Using Verizon 5G Edge with AWS Wavelength, ShotTracker aims to put this intelligence in the hands of fans in the arena. Verizon 5G Edge with AWS Wavelength is a mobile edge compute platform that moves the data and processing done by applications and services closer to the end user at the edge of the network. AWS Wavelength brings AWS compute and storage services to the edge of Verizon’s network, allowing for applications that require increased speeds, massive bandwidth and ultra-low latency.
Verizon’s team partnerships and 5G Ultra Wideband-enabled venues include:
• Cleveland Cavaliers – Rocket Mortgage FieldHouse
• Denver Nuggets – Ball Arena
• Detroit Pistons – Little Caesars Arena
• Golden State Warriors – Chase Center
• LA Clippers
• Los Angeles Lakers
• Memphis Grizzlies – FedExForum
• New York Knicks – Madison Square Garden
• Oklahoma City Thunder – Chesapeake Energy Arena
• Phoenix Suns – Phoenix Suns Arena
• Portland Trail Blazers – Moda Center
• Sacramento Kings – Golden 1 Center
• Utah Jazz – Vivint Arena
• Washington Wizards – Capital One Arena
Verizon was previously announced as the official 5G mobile partner of the Philadelphia 76ers. Verizon 5G Ultra Wideband is also available in Wells Fargo Arena.
The arenas are part of the growing list of stadiums and arenas with Verizon’s 5G Ultra Wideband network. Verizon 5G Ultra Wideband is available in parts of more than 70 cities, 11 airports, and 60+ stadiums and arenas. Customers can now experience ultra-fast wireless speeds, up to 4 Gbps in some places under ideal circumstances, giving them the potential to download and stream movies and TV shows in seconds, videoconference and collaborate on the go in near real time, and take advantage of new immersive customer experiences never before available wirelessly. Verizon 5G Nationwide is available to more than 230 million people in over 2,700 cities. Verizon 5G Edge with AWS Wavelength is currently available in 10 cities across the U.S.
Want to keep up to date with the latest developments in the world of telecoms? Subscriber to receive Total Telecom’s daily newsletter here
Also in the news:
O2−Virgin Media Media gets go-ahead
Eir Sport to cease broadcasting after waning income
Rakuten and NEC set to take Open RAN global
Share 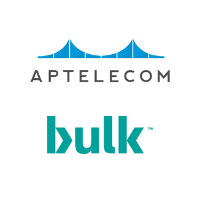