Vodafone and Telefonica UK (O2) have signed a new 5G network sharing agreement, in an attempt to streamline 5G rollout for the two operators in the UK.

The agreement will build on the current 4G network sharing agreement that the pair have in place for their 4G offering.

“We believe that these plans will generate significant benefits for our business and our customers as we move into the digital era of connected devices, appliances and systems on a mass scale. Customers will benefit from the best 5G experience available and we will deliver even faster speeds by using our spectrum holding more effectively,” said Nick Jeffery, CEO, Vodafone UK.

The two parties have also announced plans to extend greater network autonomy in a number of cities across the UK, by deploying their own separate radio equipment on around 2,500 sites.

“I’m excited by the potential of these plans to meet the future needs of our customers while delivering value for our business.  In addition, these plans would allow us to utilise the spectrum we acquired in the last auction very effectively,” said Mark Evans, CEO, Telefónica UK.

Both companies will also upgrade their transmission networks with higher capacity, full fibre optical cables, paving the way for 5G rollout in the UK.

The move has been hailed as a huge step forward for the UK’s 5G aspirations by a swathe of industry analysts. Tim Hatt, head of research at GSMA Intelligence said that the deral would allow both telcos to leverage crucial economies of scale, which would facilitate sizable cost savings.

“Vodafone and O2’s proposed extension of their network share agreement in the UK to include 5G is significant on two levels. First, it reflects the need to achieve scale economies in what will be a renewed cycle of network investment to underpin 5G (the last of which came in 2013-15 rolling out LTE)," he said.

"We forecast 5G to reach 43% of mobile connections by 2025 in the UK, well above the European average of 29%. To achieve this, the UK operators will need to spend £4bn in capex – and that doesn’t include new spectrum. The network sharing partnership means that the two companies can achieve sizeable cost savings by having a single backbone of towers, and through increased buying leverage with their network equipment suppliers. This is particularly important for things like fibre optic upgrades which are necessary to realise key promises of 5G such as AR and VR that require ultra-low latencies not available with current generation LTE networks. In short, every little helps," he added.

Vodafone to make redundancies in Spain

Telefonica looks to sell out of Cntral America for $600m 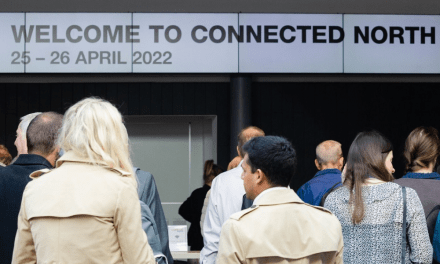 “You have got 5G all wrong” – Viewpoint