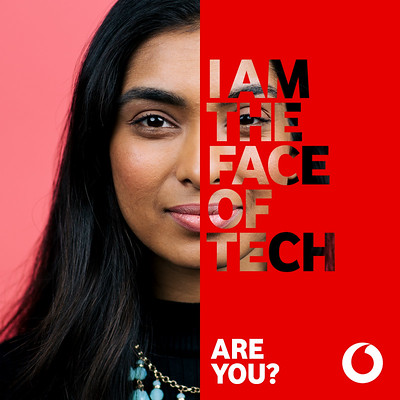 Ericsson and Nokia are among those pledging their support

Like many industries, the tech sector struggles with a problem of diversity. All it takes is a quick stroll around any tech conference to see the veracity of the host of statistics that show that most workers in the tech sphere are male.
Indeed, a recent survey commissioned by Vodafone shows that the average person links technology with young, white, middle-class, males. The study, which took the form of a questionnaire of 8,000 people, also showed that only 13% of women in the UK think that tech jobs are for ‘people like them’.
Now, Vodafone is launching an initiative called #ChangeTheFace, asking companies and individuals to pledge their support towards making the tech sector more inclusive and diverse.
The campaign features an online portal where companies can make their pledges, including a number of pre-set pledges to choose from.
“#ChangeTheFace is Vodafone’s commitment to improving our diversity and inclusion at Vodafone,” said Vodafone CEO Nick Read. “We are urging the technology industry to act now so we build a digital future that reflects society and works for everyone.”
As part of the campaign, annual #ChangeTheFace awards will be held to celebrate those companies that prove themselves exemplary in supporting diversity.
Vodafone says that Nokia and Ericsson are among the first to pledge their support for this project, although it is disappointing that neither of the vendor giants has deigned to vocally express its support so far.
This pledge initiative comes alongside the release of the EU’s new gender equality strategy, which encompasses a broad range of directives supporting gender equality.
“Equality is an infinite resource, and there is enough of it for everyone. On the flipside, discrimination costs the individuals that suffer it and society as a whole dearly, in lack of personal recognition, lack of meritocracy and loss of talent and innovation,” said the EU commissioner for equality, Helena Dalli.
The Commission intends to practice what it preaches, giving itself until 2024 to reach an equal gender balance on all levels of its management.
While the #ChangeTheFace initiative seems to be particularly targeted a improving the place of women in the tech industry – likely to coincide with International Women’s Day this Sunday – it should be noted that some minority groups are equally in need of support in the tech industry.
In Silicon Valley, for example, after five years of diversity reports and promises to ‘do better’ between 2014 and 2019, Facebook saw a roughly 15% increase in women in their workforce (though this only totals a meagre 23% of their total workforce), while black workers increased by less than 1%.
The industry still has a long way to go and initiatives like #ChangeTheFace are a great platform for change. However, the sad reality is that until now diversity initiatives have not had the impact needed to bring about industry wide change. The industry needs to do better in this new decade and take diversity more seriously.
EDIT: Nokia as since announced its support for the new initiative.

We fight for inclusive working cultures, gender #diversity in tech roles & unbiased leadership. That’s why we’ve joined forces with @VodafoneGroup to help #ChangeTheFace of tech and ensure it represents everyone. Sign up & make your pledge here: https://t.co/YGrRThoYIK #IWD2020 pic.twitter.com/H3PgJxC4z4 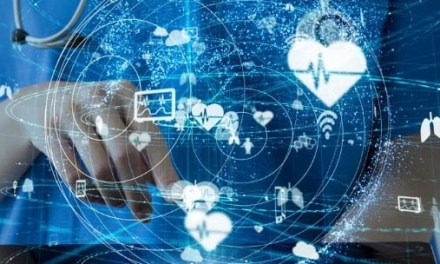