While Ofcom’s focus on securing duct and pole access for the UK’s MNOs has been well received, Vodafone says that the UK regulator must do more to secure access to Openreach’s fibre network for mobile backhaul operations

The UK’s mobile network operators must be granted access to the dark fibre in Openreach‘s networks, if the country is to fully capitalise on the huge opportunity of 5G, according to Vodafone.

Vodafone’s general counsel and external affairs director, Helen Lamprell, said that lack of access to dark fibre remained the biggest inhibitor of progress for the deployment of next generation mobile networks in the UK.

"I think it’s extraordinary. There is this asset just sitting in the ground waiting to be lit up. If we are really serious about being a digital leader, we need to use that asset," she said during a media briefing in London on Thursday.

Last year, the UK’s telecoms regulator, Ofcom, tried to force Openreach to grant UK MNOs access to its dark fibre, for use in their mobile backhaul operations. However, a UK court sided with Openreach in its ruling and did not uphold Ofcom’s directive.

"Ofcom got pushed back on this last year when they lost in the courts. Since then they seem to be very wary of pushing it too much, said Lamprell.

"There is dark fibre sitting in the ground today which we could light up really, really quickly, with no disruption to anybody – you don’t need a wayleave you don’t need to dig up the road or anything like that. We could use that fibre to start connecting up our base stations and boost the overall connectivity of our networks.

"As I say, we are very supportive of [Ofcom’s] push for duct and pole access but it only solves a little bit of the problem."

Lamprell said that it was in the national interest for Ofcom to revisit the idea of dark fibre access as soon as possible, and to help to incentivise Openreach to open up its fibre networks to its competitors.

"As the owner of this monopoly, we are saying that they [Openreach] have an obligation to provide this infrastructure to the rest of the country.

"Currently Openreach make a lot of money on the managed service that they sell us, so they’ve got no incentive to make this dark fibre available to us.

"Ultimately, people want ubiquitous connectivity but that doesn’t happen by magic. I think at the moment, Ofcom is one of the most conservative regulators in Europe," she said.

Also in  the news:

Vodafone: Huawei ban would cost the UK its position as a 5G leader 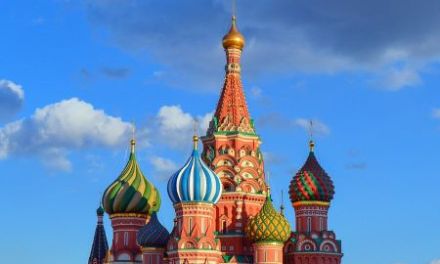