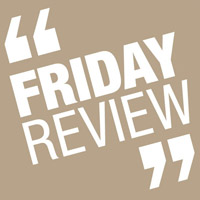 After all the hype; the ambitious proclamations about performance; and the future-gazing at all the wonderful services to come, this week, we finally learned what 5G actually looks like.

It looks like a large, black number five, next to a slightly smaller, black letter G that has three green, curved lines above it. The letters are slightly italicised. That’s right, 3GPP on Tuesday unveiled its official 5G logo.

"The new logo…is a development of the existing LTE waves, using the green of the LTE-Advanced Pro version. The idea is to keep a familiar design aspect with the use of plain back text and textured waves, but to make the logo stronger and sharper – ready for use on the new radio and next generation core specifications for 5G," 3GPP said.

There is more to this week’s 3GPP announcement than a doodle though. An official logo "is intended to help the industry to identify at which point in time 5G features will appear," 3GPP said. The 5G logo will be used on 3GPP Releases 15 and 16, due for completion in 2018 and 2020 respectively.

"It will also be used for releases beyond, as it is probable that 5G will span a series of releases, as was the case with LTE, which started with Release 8 – continuing beyond Release 14," 3GPP said.

It also means that vendors that develop hardware based on 5G standards will be able to slap the 5G logo on it, and say definitively that what they have produced is a piece of 5G equipment.

5G networks, when they finally are up and running from around 2020 onwards, are expected to get off to a flyer, if Cisco’s latest Visual Networking Index (VNI) is anything to go by.

The IT equipment giant this week forecast that there will be 25 million 5G connections by 2021, just 0.2% of global mobile connections. However, those 25 million connections will carry 1.5% of total traffic.

"By 2021, a 5G connection will generate 4.7 times more traffic than the average 4G connection," Cisco predicted.

And what is the substance of all that data?

Is it something exciting like virtual/augmented reality (AR/VR) services? Driverless vehicles? Drones that scan your brainwaves to determine exactly what you would like to eat for dinner, then fly off to the supermarket, pick and pay for the ingredients, then cook the perfect meal? Something even more exciting that has yet to be conceived?

No, it’s video. Moving images, accompanied by sound – ‘talkies’, if you like – delivered in ever-sharper resolutions. This video traffic will be comprised of live, social-media-related video messages; pornography; or videos starring domesticated animals displaying behaviour that could be likened to that of a human. That footage of Tyra Banks losing her temper on America’s Next Top Model will probably still be doing the rounds. Maybe, if you’re very lucky, you will get to see a camel eating a pineapple.

The really cool stuff – like AR and VR – will generate approximately 21 petabytes and 140 PB per month respectively by 2021. Taken together, 161 PB equates to 0.3% of predicted monthly global mobile traffic.

Despite its modest start, it is services like these that play to 5G’s strengths, Cisco says.

"With the proliferation of IoT, live mobile video, augmented and virtual reality applications, and more innovative experiences for consumer and business users alike, 5G technology will have significant relevance not just for mobility but rather for networking as a whole," said Doug Webster, vice president of service provider marketing at Cisco.

"As a result, broader and more extensive architectural transformations involving programmability and automation will also be needed to support the capabilities 5G enables, and to address not just today’s demands but also the extensive possibilities on the horizon," he said.

It sounds like there will be no shortage of things on which to emblazon the new 5G logo then. And on that note, it is time to sign off; have a great weekend. 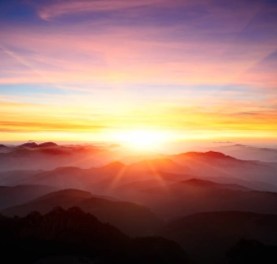 HGC goes on the digitalisation journey with Enxoo