The days when mobile phones were classed as a luxury item, afforded only by the few, have long gone. They are now integral to everyday living and are replacing our wallets, our computers, our travel documents, our cameras, our alarm clocks, and are relegating landlines to history.

Surprisingly though, even though 93% of UK adults own a mobile phone, and there are more handsets than people in circulation, the UK only ranks 54th in the world for 4G coverage, according to a new report by the National Infrastructure Commission, the Government’s own watchdog. This stat is nothing to be proud about.

Britain is blighted by mobile “not spots” and even countries like Panama, Albania and Peru are ahead in the mobile coverage league tables. For a nation that boasts the birth of telecommunications, the fact that the country hasn’t even made the top fifty should be a cause of serious concern.

On top of this, London ranks 16th out of 20 large cities and towns in the UK when it comes to satisfactory 4G coverage, with large discrepancies in download speeds, according to Which? uSwitch claims that one in three mobile users experience poor to non-existent coverage in their own homes, that one in every five of calls are patchy, with voice cutting in and out, and that one in six of those calls are prone to dropping out altogether.

One could be forgiven for thinking that these figures are referring to sparsely populated areas, but they’re not; the situation in rural Britain is even worse, with only 50% of mobile users reporting good coverage. According to the uSwitch survey, the urban/rural disparity is so stark that for 9 million Britons, moving to the countryside is completely out of the question for fear of living in a digital desert.

Industry bodies have stated that “coverage of mobile voice services has remained at or above 99% of premises over the last 10 years,” yet 50% of rural Britons claim to live in a digital wilderness, which beckons the question of why is there such a mis-match in numbers?

The reason is because the vast majority of surveys refer to outdoor situations. Trying to collate accurate figures for indoor coverage is rather like opening Pandora’s box; every building is different and different construction materials impact radio signals in different ways. High frequency bands (which are often used for 4G) simply cannot penetrate through thick metal walls and the deeper inside a building you go, the worse it gets. Lower frequencies have better propagation, but do not have the bandwidth of the higher frequencies.

Light at the end of the tunnel
The situation is set to improve, however, thanks to a relaxation in licensing laws for the use of mobile signal boosters, introduced by Ofcom last year. Called the “The Wireless Telegraphy (mobile repeater) (Exemption) Regulations 2018” the new rules mean that any home or business owner can improve their mobile coverage simply by purchasing off-the-shelf devices, which are readily available and affordable.

The only caveat is that any installed booster has to comply with Ofcom’s repeater spec; they have to be network-specific, not interfere with other operator networks, have to be able to detect and mitigate any signal variations in uplink and downlink frequency bands, and must control the system gain (amplification) based on where they are in relation to the serving base station (referred to as Base Station Coupling Loss in the specification). Not all signal boosters can satisfy these requirements.

Nextivity’s Cel-Fi signal boosters tick all regulatory boxes. With an ethos of being unconditionally network safe across the entire product range, Cel-Fi boosters are the only smart signal boosters that comply with Ofcom new license exempt specifications across all frequency bands and are set to play a prominent role in enhancing mobile coverage indoors for users across the UK. All Cel-Fi products are intelligent, which means they self-configure according to network coverage conditions.

Smart repeater technology, together with the relaxing of rules governing their usage could play a prominent role in overcoming the indoor coverage challenge and bring an end to the frustrations and misery experienced by millions. 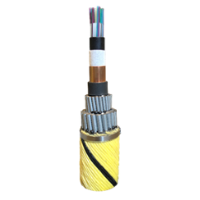 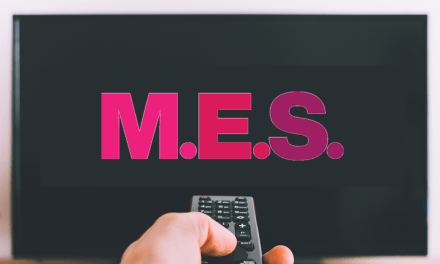 Media, entertainment and streaming – what we are reading today