The Independent Networks Cooperative Association (INCA) have achieved significant growth, gaining 32 members in 2021 so far. As the independent sector is already playing a critical role in delivering the government’s Gigabit Britain targets, the growth in membership is a clear reflection of the strength of the altnet sector, and that these companies collectively represent an increasingly vital element of the digital infrastructure fabric of the country.

With the influx of new members seeking to join the community, INCA’s ability to influence policy through the government and Ofcom increases and the surge in new membership coincides with the findings of a recent report from Point Topic that identified 2.5 million homes and businesses can now connect to an independent fibre broadband network and described an estimated £12bn in funding secured by the independent sector in the period to 2025.

“As we welcome INCA’s new members, our unified presence in the industry reflects the overall strength of the independent sector. With the impressive funding achieved the altnets are well positioned to meet the Gigabit Britain challenge,” said Malcolm Corbett, CEO at INCA.

“INCA is dedicated to representing the interests of the thriving independent sector and the new members affirm the confidence that the industry holds in our experience and insight. Virgin and Openreach have been the dominant forces in UK broadband, but it’s clear that together the altnets also wield substantial and growing influence. The influx of new members we have seen and the amount of funding the sector is receiving are good indicators of our collective strength” Mr Corbett continued.

Independent operators are expected to reach over 6.6 million premises with fibre by the end of 2021 with an estimated 1.1 million live connections made. This acceleration will help ensure that rural areas won’t be left behind as a quality broadband connection has become an essential utility. As INCA expands its membership, the concerns and ambitions of the independent sector are presented with a unified voice to government and regulator alike to press home the importance of ensuring that the playing field remains both open and fair to all.

For more information about their work or of INCA in general, please visit: https://www.inca.coop/. 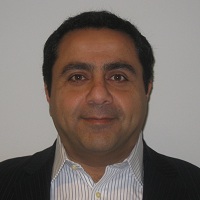 Preparing telcos for the opportunities of the future