Connected Britain Awards 2019 celebrate innovation and ambition in the UK 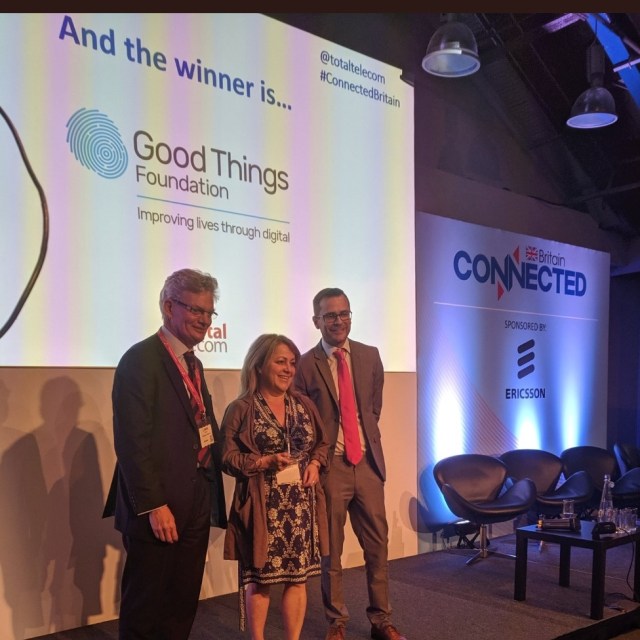 The winners have been revealed at a ceremony in London today

Total Telecom has revealed the winners of the Connected Britain Awards, at the end of the first day of the conference. Spread across 10 categories, the awards celebrated innovation and ambition across the UK’s fixed line and mobile telecommunications sectors.

This year saw a sharp increase in the number of entries received, with 74 companies making the final shortlist.

"2019 could be a pivotal year for connectivity in the UK, with the country looking to rollout 5G mobile network services and dramatically increase fibre penetration on the fixed line side of the industry. The judges have been really impressed with the number and quality of the entries we’ve received," said Chris Kelly, chair of the Connected Britain Awards Judging Panel.

This year’s winners were:

Barrier Removal Award – The London Borough of Southwark won the Barrier Removal Award for its work in creating a team dedicated to supporting the installation of vital infrastructure on Southwark’s housing stock. After 9 months, this scheme has enabled gigabit connectivity to nearly 30 per cent of the borough’s 54,000 homes.

Digital Skills Award – The One Digital Partnership landed the Digital Skills Award, for its work providing digital training to 16,500 people across the country. The One Digital Partnership is made up of Age UK, Citizens Online, Clarion Futures (part of Clarion Housing Group), Digital Unite and the Scottish Council of Voluntary Organisations (SCVO), who collaborate to deliver projects helping people benefit from being online.

Fibre Connectivity Award – With FTTH levels in the UK up to 7 per cent, this was a hotly contested category. KCom scooped the accolades for bringing ultrafast broadband services to 200,000 businesses and consumers in East Yorkshire. Such was the level of competition in this category, that the judges awarded highly commended certificates to CityFibre, Hyperoptic and TrueSpeed.

Smart City Initiative – With the launch of 5G connectivity in the UK, Smart City technology is set to really take off in the coming months and years. The City of York Council won this category for their innovative approach to fast-tracking the uptake of IoT services in the social housing, social care and transportation sectors.

SME Service Provider of the Year Award – With the bulk of 5G use cases coming from the enterprise sector, this award was particularly topical as the UK kicked off its fledgling 5G network services. Glide Business won this award for their commitment to liberating their customers from poor or lagging connectivity in areas that had been previously neglected by other service providers.

The IoT Award – O2 was awarded the IoT Award for 2019, thanks to their work with ScotRail in ensuring the security of workers in potentially hazardous situations. ScotRail needed a digital solution to help them align with the Department for Transport’s requirements and standards for security/safety, such as real time information, time sensitive prompts and tamper proof records.

The Superfast Award – Essex County Council won the Superfast Award for 2019, with their Superfast Essex initiative. The Council has worked tirelessly to bring superfast connectivity to nearly 150,000 people in the county, the judges said.