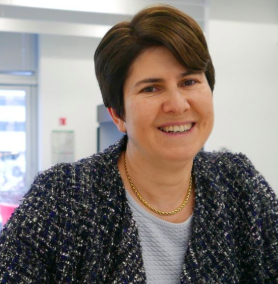 We are set to see an increasing prevalence of augmented reality (AR) within our society in the years ahead, with opportunities opening up in various different sectors to place spatially-registered digital content (of either a 2D or 3D nature) into real world scenarios

Figure 1: Global overview of the architecture of an AR system
There are a series of functions and sub-functions that are defined within the functional reference architecture as specified in ETSI GS ARF 003. These deal with data pertaining to the AR device or the objects present within the real-world scene. Here are some of the key ones to be aware of:
• Within the ‘World Capture’ function, which provides information from the real world and the AR device itself captured by various sensors, are the following sub-functions.
• The ‘Positioning’ sub-function is assigned with delivering the location of the AR device and potentially its orientation with respect to the coordinate reference system in place.
• The ‘Movement and Orientation’ sub-function is focused on the movement and orientation of the AR device.
• The ‘Visual’ sub-function is responsible for delivering any image produced by imaging equipment (e.g. RGB cameras, depth sensors, or event cameras).
• Relying on access to sensor data, the ‘World Analysis’ function is concerned with the AR system’s understanding of the real world.
• The ‘AR Device Relocalization’ and the ‘AR Device Tracking’ are two key sub-functions which provide the position and orientation of the AR Device in order to align/register virtual content with the real world. The relocalization sub-function is used when the AR system has no prior knowledge of where it is (at initialization or when tracking has failed) while the tracking sub-function benefits from the position and orientation of the AR device estimated at the previous image captures.
• The ‘3D Mapping’ sub-function is in charge of constructing a detailed 3D representation of the real-world – derived from a set of 3D features acquired by sensor devices (and using a triangulation of the features which match in at least two frames).
• Its ‘Object Recognition and Identification’ sub-function enables the identity of different real-world objects to be derived. This can be done by accessing current imaging data or through access to prior knowledge that has already been collected on the object (and is stored for reference).
Other functions and sub-functions within the framework reference architecture relate to data storage, object segmentation, scene meshing, preparation of the assets needed for the AR experiences, gesture recognition, haptic feedback, audio effects, AR authoring, content optimisation, scene management, etc. These can be learnt about by reading the full specification.
By adhering to a consistent and cohesive architecture, future AR deployments (as well as the services emanating from them) will prove to be more effective. There will be less technical challenges to tackle when it comes to integrating components from different vendors. As a result, the whole AR ecosystem will be strengthened significantly. The recently published ETSI group specification represents the first step toward formulating the desired framework for the interoperability of AR components, systems and services. The aim is for this, and future iterations, to encourage the adoption of AR technology and make this a vibrant and inventive market segment for everyone to benefit from.
Share