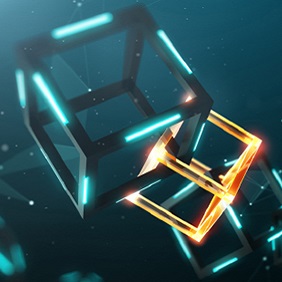 The International telecom world is in a strong position to benefit from blockchain enabled solutions, having many of the challenges and issues that blockchain can resolve – contracts, trust, transactions and settlements. Whether in voice services, end to end connectivity or in monitoring and maintaining performance, blockchain can play a significant role in maximizing the efficiency of these processes.

But how to start? The telecom world does have a major advantage in that most of the main players are well known to each other, and although they do compete strongly against each other, they also know that global services require co-operation and partnership. In our world, no-one can offer the full range and reach of global and increasingly complex telecom services on their own. Hence, starting a blockchain enabled solution, in partnership with others, should not be a stretch.

Public or private – that is the first question
The well-known blockchains underpinning Bitcoin and Ethereum are public implementations. That means that all interested parties can simply load the code and will automatically become a participant in the blockchain and will receive the full download of the entire blockchain with all transactions from day one. They will then receive updated agreed blocks as they are confirmed and written into the chain.

Special members of this group, known as Miners, compete to agree the contents of new blocks in the chain by solving complex and repetitive mathematical calculations. In this case, a majority of participants need to agree on the validity of a transaction before it is written (in stone) into the blockchain for all to see.

However, blockchains can also be private and established by agreement between a group of participants. In this case, there is no public access to the information and no need for Miners. Nevertheless, processes need to be pre-agreed between the parties involved, to determine how agreement will be reached on a transaction before it is immutably written into a block.
The telecom industry has no requirement to share the basic details of transactions with the public (and has strong privacy reasons not to do so). Consequently, a private blockchain is the appropriate solution for the industry. That does raise interesting questions however about how to validate transactions before they are confirmed and we will explore the options using the international voice service as our example later in this article. This process also potentially will result in the largest gains in efficiency and so is a natural fit for a phased approach to a wholesale blockchain implementation.

The voice case may be a subset of these, where only the two parties involved in a specific call need to agree on the details of that call. Although it would be an interesting extension of the use case if the end to end call was identified from all partners’ records and consensus about the details agreed by all the parties involved.

One blockchain or many – that is the second question
Although the international telecom industry is a large collection of individual players, in effect it simplifies down to a number of parallel bilateral agreements. What we mean by that is that each leg of a transaction – a message session or voice call – is established between two players according to the agreement between them.

That raises the interesting question as to whether there should be one federation operated wholesale blockchain or many? The one blockchain solution would hold all the details of every call or session between any members of the federation, and a copy of that blockchain would be held by all. As mentioned above, it would be feasible in this solution to build up the entire “life” of a call or session and write the details of that into the blockchain, to then use it as the basis of settlement between the parties involved. Because commercial pricing deals and volumes are confidential between the parties involved, this blockchain could not be automatically read by all. Instead, each partner would only be able to read information specific to them and their part in the transaction.

Of course, the only information that could be securely written into the chain must be information that is agreed by the party initiating the transactions and the others who are part of it. This could be achieved by an automated system of comparing and agreeing session records, or it could be via a third party whose role is to gather session records from all parties and match/validate them before writing the agreed record into the blockchain.

A common blockchain for all would therefore require secure access and encryption such that only the party impacted by a transaction could read it.

This alternative would consist of a series of linked but separate blockchains. In simple terms, this could be one blockchain for each carrier partnership to hold the transactions between them, or perhaps one blockchain per company in the federation, with secure linkages to the other companies’ blockchain that it has transactions with. Each alternative would still be private, could still run on a common federation maintained infrastructure, but it could have somewhat easier scale and security challenges.

Telco cryptocurrency or not – that is the third question
Although this is not needed for a trial or even a live implementation, the federation would benefit from considering the opportunity for a common currency to be used for settlement.

One of the causes of price changes is the variability of exchange rates. Often US$ or Euros are used between the international carriers, but the retail service operators generally set their prices for termination in their own currencies. A considerable amount of currency conversion needs to take place to settle all the transactions.

Although a telecom crypto-coin could be developed to be used for settlement between carriers on the blockchain, a central entity would have to agree the conversion rates between normal currencies and this coin, a complex affair. An alternative that could be easily implemented would be to revert to an old standard that has a long history in telecoms settlement – the Special Drawing Rights (SDR) “currency” maintained by the IMF. Reverting to settlements based on this currency on the blockchain could remove some of the uncertainty in pricing that hinders efficiency and would remove the need for the complex and time consuming process required for telecom cryptocurrency to be created.

But not so fast – standardization first
As is the case with most technologies, blockchain is a key part of the answer, but not the full one. Consequently, for blockchain to fulfill its full efficiency promise, some solid improvements need to be brought to the processes and systems surrounding the blockchain database. For example, if we look at the international voice environment, before any blockchain efficiency could be harvested, carriers will need:

> Standardized pricing process: Agree a standard way that the pricing for every destination can be entered into the blockchain, with its operative dates, such that the partners in a transaction can have a clear smart contract on how to price each subsequent call. The sending party could read this data to derive their own routing plans rather than rely on the current spreadsheet approach.
> Standardized call detail record exchange: Agree a way to share details of each call established between the partners (either directly between each other or using a third party). The details could be encrypted using a key shared between the partners to avoid any potential privacy issues if required. The partners would agree the parameters of agreement on the details of the call such as the variance in duration that would be accepted and how to agree on the duration to be used for pricing. Calls that pass that test would be written into the blockchain – others would have to be flagged for investigation (ideally using AI based validation approaches).

From there, the smart contract written into the blockchain would be triggered for each new agreed call record, pricing calculated and the digital wallet associated with the sender of the call would be debited.

As we know, the key to this brave new world is undoubtedly the immutable record held in the blockchain. But as we have seen, the implementation steps require agreement on the basics of that information sharing on pricing and call details that result in the agreement on the cost of that specific call. It is likely that starting this design bilaterally between key partners in a federation of like-minded carriers is probably the most important step to resolve, early on, any issues with matching and settling each individual transaction.

A useful improvement or a must-do?
Is a blockchain use case easy to implement? The short answer is probably no, but it would certainly be easier to achieve as part of a carrier federation rather than on a one by one bilateral approach. If some of the major players in the industry agreed on a standard, it is likely that others would start to fall into line, especially if the alternative became a gradual withdrawal of traffic.

In fact, it could be argued that without some major improvement in efficiency in this area, the industry is leaving itself open to being bypassed and disrupted by a player that embraces blockchain from the start and builds a competing approach. With that in mind, implementing a blockchain to significantly improve the efficiency of the major international services is not an option – it is a necessity!

Hot Telecom are one of the independent experts that collectively make up the Total Telecom Network and provide though leadership articles for the website. If you are an independent analyst or consultant and would like to publish your content here, email rob.chambers@totaltele.com

Connectivity as a Service by Kosc Telecom: very-high speed connectivity available nationwide and on-demand in France

Huawei: We have to collaborate on 5G security, no single government or telco can prosper alone