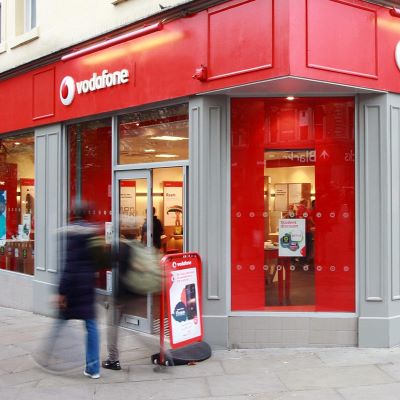 With digital channel sales booming and facing stiff competition, Vodafone Spain has made the decision to close all its physical retail locations in the country, including a dismissal of up to 515 workers

Earlier this month, Vodafone Spain announced plans to collectively lay off up to 515 workers throughout the country, representing around 12% of its total workforce of 4,200.
At the time the operator said that the collective dismissal would primarily affect its commercial areas, describing it as an “essential step to face the challenging conditions of the competitive Spanish market.”
Now, the Vodafone Spain says it will be shutting all 34 of its proprietary stores in Spain by March next year, according to media reports. Nearly half of the 515 staff set to be laid off will be those currently working at these locations.
The company is positioning the move as necessary not only due the Spanish market’s intense competition leading to low-value rates, but also as a result of a shift in customer demand towards online services. In May, the company reported that its online channel sales had boomed by 70% year-on-year since the onset of the coronavirus pandemic, spurring the company towards further digital transformation and away from high street stores.
The negotiation process with workers representatives is expected to last until late October.
This is not the first time Vodafone Spain has downsized its workforce in recent years. Around two and a half years ago it dismissed around 500 workers, with a further 500 agreeing to voluntarily resign. At the time, this equated to around 20% of the company’s total workforce.
But they are not alone in feeling the strain of this highly competitive market. Orange Spain, for example, said it had intended to lay off 485 workers in May, but negotiations with unions saw their collective dismissal plans reduced to 400 workers in late June.
Is the Spanish market overdue for consolidation? Find out what the experts think at this year’s live Total Telecom Congress event
Also in the news:
NTT Docomo enters electric power business, targets net zero emissions by 2030
The eye of the storm for telecoms: can increased marketing spend save the day?
New expansion will make 2Africa cable the longest in the world
Share

Tollring expands in the Netherlands with appointment of Erica Bleij