Vodafone’s acquisition of Liberty Global’s assets in Europe has made it the biggest operator of Next Generation Networks in Europe – but how will this affect the company’s evolution into a truly pan-European telco?

Following the acquisition of Unitymedia in Germany and other assets in Romania, Hungary and The Czech Republic from Liberty Global, Vodafone now finds itself the biggest provider of Next Generation Networks in Europe. Interestingly, however, Vodafone will not be the biggest operator in any of the individual European markets that it serves, setting Vodafone up to be the "champion of competition" across Europe.

The figure of 54 million relates to the number of properties that will have direct access to Vodafone’s own NGN networks. That figure rises to 60 million when you include premises served by Vodafone’s strategic partnerships, including Telefonica in Spain and Open Fiber in Italy.

As a point of reference, Deutsche Telekom will serve 41 million homes, Orange will serve 36 million and the post-sale Liberty Global 35 million premises.

But it is in Germany where Vodafone will be making by far its biggest investments in fibre, following the acquisition of Unitymedia.

"This year we plan to provide gigabit capable broadband services to 25 million homes in Germany, that’s three years ahead of the German government’s own target. So, you can see why some of our competitors might not like this, but our customers, our enterprises and the associations do like us," Vittorio Colao said, taking a swipe at Deutsche Telekom’s CEO Tim Hoettges, who has publicly stated that the acquisition would stifle competition.

Investing in the future

Vodafone has invested a serious amount of money to get to its position as Europe’s biggest provider of next generation networks. The deal to acquire Liberty Global’s Eastern European and German assets is reported to have cost the British operator over $18 billion.

"Over the last 10 years we have divested businesses for €116 billion. We have invested €100 billion capital expenditure, we have invested €49 billion in acquisitions and paid out €120 billion to investors," said Colao.

If we allow that the proceeds from the divested businesses (€116 billion) and the pay out to shareholders and investors (€120 billion) more or less cancel each other out, then we can see that Vodafone has invested €149 billion since Colao began his tenure as CEO a decade ago.

"Looking back [on his reign as CEO] I don’t have much room for regret. It has been a tremendous transformation. Now, would I have liked to have done some things a bit earlier or a bit later, at a lower or higher price – sure. But in the grand scheme of things there will always be something… I wish we could have done the merger with Idea Cellular [in India] earlier. Could we have done the Liberty Global deal earlier? Yes, we could but we would have ended up paying much more.

While the acquisition of Unitymedia will certainly shift Vodafone’s international focus towards Germany, it could have been a different story, had the company’s reported interest in acquiring Virgin Media from Liberty Global in the UK materialised. Who is to say that that rumour might not resurface in the coming months and years, as Vodafone looks to grow its footprint across Europe still further.

"Listen, we are very happy with our current strategy. We are growing already in the fixed broadband sector in the UK. It’s a different set up here, you are using BT’s NGN and of course we are working independently with CityFibre. So, for the time being, I would say that Virgin is not on the agenda but I cannot say never," said Colao.

Vodafone’s acquisition of Liberty Global’s assets is still subject to standard regulatory approval – no mean feat, especially in Europe where regulators are often criticised for being too focused on encouraging competition. That being said, Vodafone appear to have done their homework on this deal and have been careful to emphasise the consumer-friendly benefits of the deal.

"For years we heard that Europe wanted to have pan-European telcos capable of competing on a full range of services everywhere. This is what Vodafone is delivering. I expect this to be applauded as a transaction that creates something stable and competitive.

"Now, it is true that we are now the biggest [in Europe] but we are not the biggest in any single market, which is why I am referring to us as the Champion of Competition. We will be a challenger in all of the markets that we operate in. So, it is the best of both worlds, competition, choice and also the [birth of] a truly pan-European telco.

"Will our competitors be against this? Of course they will! They want to defend their own dominance, lack of choice and their own agenda. But I hope that the regulators understand what we are trying to achieve here and I am confident that it will be approved," Colao said.

Few analysts are betting against the deal completing, and Colao is right to be optimistic about Vodafone’s chances. However, the real question is whether this will be the last we hear from Vodafone in the M&A market in 2018. 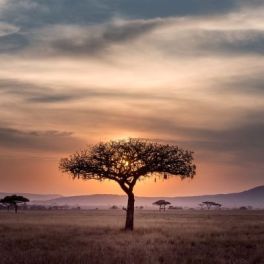 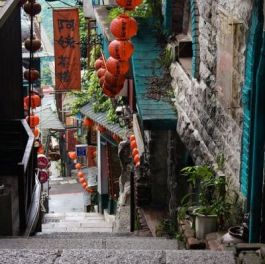 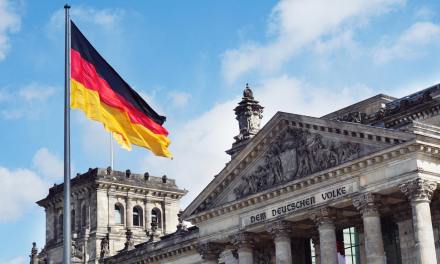