Ixia has announced CloudLens Public, which extends the capabilities of its CloudLens platform to the public cloud. Designed from the ground up to retain the benefits of the cloud – elastic scale, flexibility, and agility, CloudLens Public provides intelligent and automated visibility as a service that scales with public cloud infrastructures.

Ixia has extended the benefits of the company’s CloudLens Platform to enable customers to capture and filter data in the public cloud. Designed as a SaaS platform, it does all the heavy lifting behind the scenes, freeing customers from managing visibility. It also eliminates the need for an inferior ‘lift and shift’ approach that forces secure, confidential traffic through a virtual machine or packet broker. This approach is not scalable, and can create a single point of failure.

CloudLens Public delivers the following customer benefits:
• Provides elastic scale: packet visibility scales on demand with source and tool instances
• Delivers true intelligence: uses metadata tags native to cloud platforms, to provide enhanced filtering and manipulation capability
• Simple set up and easy to use: leverages a SaaS web-interface to manage cloud visibility allowing access anywhere, and features a drag and drop GUI. CloudLens manages all the visibility needs on the back end, so customers do not have to modify their existing architectures.
• Eliminates single point of failure: filters packet data at each source instance, so an inline virtual packet broker does not become a single point of failure in the network
• Reduces errors and the risk of compromise: visibility is embedded within the instance structure, so it is highly secure, eliminating risk of cross tenant violations, and runs from behind SSL offload services, eliminating the need for decryption
• Reduces bandwidth to tools: packet filtering operations are performed at the source instances, eliminating unwanted traffic to tools and enabling them to operate optimally

"Adoption of public cloud services will be limited by the performance and security of enterprise applications and workloads processed in cloud environments,” said Jim Duffy, Senior Analyst, 451 Research. “Ixia’s CloudLens Public offers enterprises ‘visibility-as-a-service,’ where all of the packet brokering takes place at the source. This could enhance scalability and network agility.”

CloudLens Public will initially be available for Amazon Web Services (AWS). Ixia plans to add support for Microsoft Azure and Google Cloud in the second half of 2017. CloudLens Public offers a cloud-native, serverless design that lays the foundation for solving cloud scale problems and its intelligent, Docker-based architecture is cloud service provider agnostic. The Docker-based sensors run within a customer’s source and tool instances, inheriting the security configurations of the instances. In addition, the sensors have access to a wealth of information, and the platform can be programmed to continuously monitor new instances that automatically align for proper monitoring. 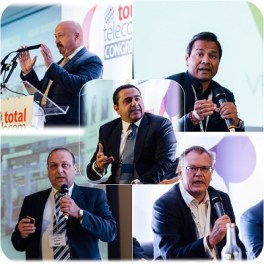 Creating the telco of the future: agile, customer centric, disruptive