Juvo, the pioneer in mobile Identity Scoring for financial and digital access, has announced its latest step in its expansion across Asia – opening a regional headquarters in Singapore and appointing new senior vice president of global sales, Dan Currie.
Dan has more than two decades of experience in Asia, building companies and growing revenues for mobile operators. Based in the new Singapore office and tasked with leading Juvo’s global efforts, Dan will develop and sustain relationships for Juvo with mobile operators and financial partners around the world, particularly in Asia Pacific and Latin America.
“Under the leadership of Sopnendu Mohanty, Singapore has become the fintech innovation epicenter of Asia and we want to be a part of the exciting growth happening there,” says Juvo founder and CEO Steve Polsky. “In terms of new financial ideas, there’s a great deal of optimism, creativity and talent in Singapore. It’s where everything is happening, and we want Juvo to be at the center of that revolution.”
“The Singapore fintech ecosystem supports the growth of fintech to shape the future of financial services. We are glad to see pioneering fintech companies like Juvo expand into Asia and establish their regional headquarters in Singapore,” said Sopnendu Mohanty, chief fintech officer, Monetary Authority of Singapore.
“For too long, un- and underbanked individuals across Asia and around the world have been hearing ‘NO’ when it comes to financial services. Juvo has found a way, through cutting-edge data science, to tell them ‘YES,’” said Polsky. “It’s a new, actionable approach to financial inclusion that is focused on making change in the world and growing the global economy. No one knows how to lead that charge better than Dan. He understands our vision, and he has a unique and enthusiastic desire to turn the way we extend financial services to people on its head.”
Dan joins Juvo from open payments platform Poynt, where he was Head of Asia Pacific. He brings a wealth of telecoms experience to Juvo, having previously led global sales at specialized wireless distributor Brightstar. He also spent five years as CEO and Chairman of the Board for Smart Room, where he led the development and launch of Chat Time, an award-winning, low-cost international calling application for smartphones. In 2003, when working for handset insurance company Asurion Asia Pacific, Dan grew the company from a standing start to substantial operations in 6 countries.
“I’m thrilled to join an organization like Juvo that is making a real difference in emerging markets, where the question of credit is usually met with the same answer from operators and financial institutions – a resounding ‘NO,’” said Currie. “As a result, around 80 percent of the population in emerging markets is on prepaid mobile plans with almost no access to financial services.”

Currie continued, “Juvo is truly transforming the way people transact by enabling these organizations to say ‘YES.’ By empowering operators to trust their customers and, in turn, establish a relationship with them based on mutual respect, operators and financial institutions can deliver value-added services that generate revenues. This will provide financial access to billons of new customers. It is a powerful thing to join a company that is genuinely re-writing the rules of the global economy.” 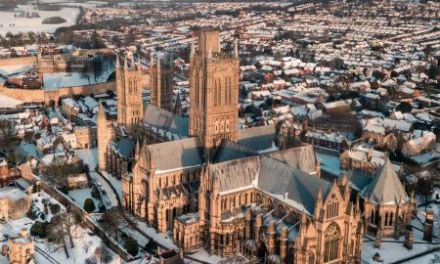