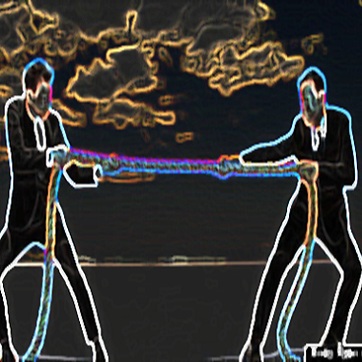 The near we come to 5G network deployment, the more we see global mainstream telcos concentrating on the research and deployment of SDN and NFV. According to the latest survey by TBR Research, most tier-one telcos are going to adopt SDN and NFV technology in two years.

The NFV concept that has been proposed for 10 years, is designed for the purpose of network transformation. Telcos are suffering high network costs due to massive investment in equipment and complications of network operation and maintenance (O&M). Even worse, closed telecom services and long lead times for new services make it more difficult for telcos to handle OTT services. Telcos must re-examine traditional technology systems and business approaches, and SDN and NFV attract high degrees of interest, as they claim to solve problems of high costs, closure and complicated O&M.

SDN and NFV are complementary. They develop in parallel to make the network more flexible and enable telecom network architecture to be easily upgraded. Over the past two years, global telcos have developed their transformation strategy, focusing on network re-architecture, and hope to occupy a favorable position in the future network development pattern. NFV is therefore now on the verge of large-scale deployment. However, although telcos intend to use SDN and NFV technologies within the next two years, they are still hesitant when deploying NFV.

Why is this? Although NFV is a cutting-edge, disruptive technology, capable of making CPSs’ network architecture more open and service deployment more flexible, it still faces a lot of challenges. Standards are immature; multi-vendor integration is complicated; O&M and management are more difficult and there is a higher requirement for performance and reliability. NFV demands function enhancement on open source versions.

The two camps jointly promote the evolution of NFV technology

The pain points that telcos are facing when deploying NFV directly represent the game of IT and CT vendors.

Virtualization technology is the intersection of IT and CT. Network function virtualization (NFV) leverages generic hardware to carry software, performing a variety of functions of communication network elements to replace the dedicated communication equipment. Through hardware and software decoupling and functional abstraction, it enables communication device function that no longer depends on dedicated hardware. Thus, resources can be shared flexibly and there can be rapid development and deployment of new services. It is possible to implement automatic deployment, elastic scale-in/out, fault isolation and self-healing based on actual business needs. Some experts point out that, NFV is actually the transformation from CT to IT; from closed to open, and in essence is IT-based, achieved by the underlying facilities and IT-based application logic.

NFV has allowed for IT vendors to enter into the field of CT. Taking this opportunity, many IT companies successfully enter the field of telecommunications, to seize the market of telecommunications equipment vendors. CT vendors are not holding back, but are actively launching NFV / SDN solutions. Currently, NFV solution providers are divided into IT camp and CT camp. Among them, the former representatives include VMware, Redhat, HPE, Canonical, Mirantis, WindRiver and more, while the later are ZTE, Huawei, Ericsson and Nokia, the four major communication equipment providers.

NFV is the best path for telcos achieving cloud and network convergence. However, two kinds of technical routes, open vs. closed, are always competing in the industry. In the face of the rapid development of Internet services, the siloed architecture of the traditional telecommunications network has become more and more powerless. Telcos are increasingly expecting an IT-based, software-based and fully-cloudified network. Many telecom experts have called for an open source approach to solve the technical challenges faced by NFV. So now open source communities have now become the core strength of SDN / NFV technology development. Many new applications and corresponding standards come from open source communities. An open source agreement between IT vendors and CT vendors has been reached. Since being established in 2010, OpenStack has grown to more than 80,000 members and after rapid developing through seven iterations, the features of OpenStack became mature in 2013, enabling enterprises with the necessary R & D capabilities to perform independent deployment and O&M.

CT or IT: strength determines

Actually, some telcos have already begun to deploy NFV. After ETSI NFV released the first white paper in October 2012, some tier-one telcos began to implement POC lab tests in 2013-2014. Telcos focus on leveraging COTS devices to avoid vendor lock-in, using open source technology to reduce CAPEX / OPEX, and achieving openness and innovation capabilities. During this period virtualization technology have developed into commercial products represented by VMware, or open source products represented by OpenStack. After the iteration of 7 versions, functions of OpenStack have become mature, so it becomes the defacto standard for ETSI NFV selecting virtualization platform.

According to the latest survey report from TBR Research, in terms of NFV construction, the fastest growing telcos are in the Americas, thanks to the scaled applications in the US market; the EMEA region is following closely with 33% of telcos having deployed NFV, and 50% planning to deploy within the next two years. In Asia-Pacific, the pace of deployment will be slower, as only 20% of telcos have completed deployment so far.

Telefonica is a pioneer in network virtualization among global telcos. As early as 2014, it used the HPE integration solution to build NFVI with the UNICA unified architecture. However HPE could not meet the progress requirements so Telefonica terminated the contract and in 2015, Ericsson (Mirantis) won the bid for Telefonica’s business. However, the platform was not mature and commercial progress was once again delayed. Not wishing to see further delays in the progress of virtualization, during the second quarter of 2016, Telefonica used the VNF vendors’ own virtualization platform to build at its branches, to achieve L2 decoupling deployment, that is, using NFVI solutions of ZTE and Huawei to deploy virtualization.

In 2016, VEON cooperated with ZTE to deploy L2 decoupling vEPC solution in its five branches. In 2017, it started the NFVI project in 12 countries. ZTE is committed to providing NFVI + SDN convergent L3 decoupling solution. Currently, this project has completed functional and integration tests (vEPC, third-party vMessage). The commercial network is being deployed.

Telenor tendered for L3 decoupling in January 2017, and Nokia (Redhat) won the bidding. Now, they are implementing test verification.
Vodafone put forward the strategy of telco cloud in 2012. At that time, OpenStack was in its infancy and commercial maturity had not been verified, so Vodafone choose VMware. In 2017, Vodafone officially introduced OpenStack as NFVI infrastructure, and VMware-based NFV was sporadically deployed. It is expected that the subsequent major NFVI deployments still use OpenStack.

According to these NFVI deployment cases, IT vendors and CT vendors each have their own advantages. The obvious result indicates that the CT virtualization network deployment projects using IT vendors’ NFVI are basically unsuccessful, or face greater resistance. In order to quickly get ready for business, some the international tier-one telcos have chosen CT vendors to deploy NFVI.

NFVI products of CT vendors and IT vendors have different features.

Second, differences in customization service capability that telcos value: IT vendors’ major businesses focus on the Internet, government and enterprise related fields; telecom services is only a small part of their target market. If telcos select IT vendors, there may be great risk of slower response speed and to the capability to deliver on-demand function customization, possibly impacting the normal development of telcos’ business.

Third, differences in integration service delivery capability: To achieve telcos’ target L3 decoupling network, the NFVI layer needs to adapt to a variety of service VNFs, which results in a lot of interfaces. The NFVI-layer equipment vendors should act as the main integrator to guarantee the final delivery of the network, however, IT vendors are inexperienced in telecom services and lack of understanding of communication network services. Their product integration capability cannot meet telco requirements, and they have problems delivering networks.

Fifth, IT vendors are weak in network virtualization and need to choose other partners to form the overall solutions. For example, looking at how to enhance data center networks to improve network performance efficiently; or how to work with SD-WAN to form the end-to-end linkage mechanism to ensure end-to-end service automation. Lacking such requirements and experience, IT vendors risk failing to delivery risk suffer limited response speed for troubleshooting during the process of enhanced cloud and network integration.

Chinese companies are eye-catching
These differences mean CT vendors will be more favourable for telcos for future NFV network construction. Ovum’s survey three years ago said that 57% of telcos believed that CT vendors would better understand their requirements in the NFV field. Telcos prefer to select NFV integrators to carry out overall delivery of NFV solutions, and CT vendors are demonstrably superior in this respect.

Among the CT vendor camp, Chinese companies have demonstrated outstanding performance. ZTE, Huawei, Fiberhome and other Chinese mainstream vendors are the main supporters of OpenStack. OpenStack Days China reveal that it has 8 new platinum and gold members this year, 5 of which are from China.

Taking ZTE as an example, ZTE virtualization products are based on open source OpenStack / Docker, and carry NFV-oriented enhancements including high performance, high reliability, high security and easy O&M. In addition, combined with its superiority in SDN, ZTE creates convergent solutions for delivering elastic network and elastic computing. Moreover, ZTE is an active participant in open source communities, making contributions and commitments and building OpenLab to implement pre-integration of multi-vendor components, to create a perfect ecosystem.

ABOUT THIS ARTICLE
This knowledge network article was supplied by ZTE. To find out about having your own articles published here, email ads@totaltele.com

Telefonica, Velcom and COLT talk Virtualisation in the panel discussion TAKING VIRTUALISATION FROM BOARDROOM HYPE TO THE CENTRE OF YOUR STRATEGY at this months Total Telecom Congress – FIND OUT MORE 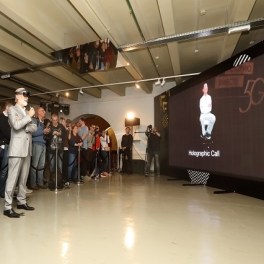