Will the Levelling Up agenda be transformational for Northern communities or is it just more hot air from the UK government?

When discussing connectivity projects and investment in the North, the topic of a North–South Divide is never far away.

The government’s Levelling Up agenda, announced earlier this year, is the latest initiative to attempt to address this regional disparity, but just how successful will this be?

At this year’s first ever Connected North event, held in Manchester Central as part of Manchester Tech week, a discussion panel featuring local Mayors saw them air their frustration about previous government projects and outline what needs to change to bring serious benefits to the North.

Tracy Brabin, Mayor of West Yorkshire Combined Authority, noted the impact of Brexit on the North, suggesting that government needs to do more to boost investment.

“It’s really frustrating to be promised the equivalent of EU funding, but in West Yorkshire we’ve only received two-thirds of that from the UK government,” said Brabin. “Every decision the government are making means we are at the back of the queue when it comes to funding, discussions, and inspiration.”

“It sometimes feels like the metaphorical pat on the head – that we should be grateful that we get anything from the government,” she added. “Levelling up is seen by the people of West Yorkshire as just more hot air from the government.” 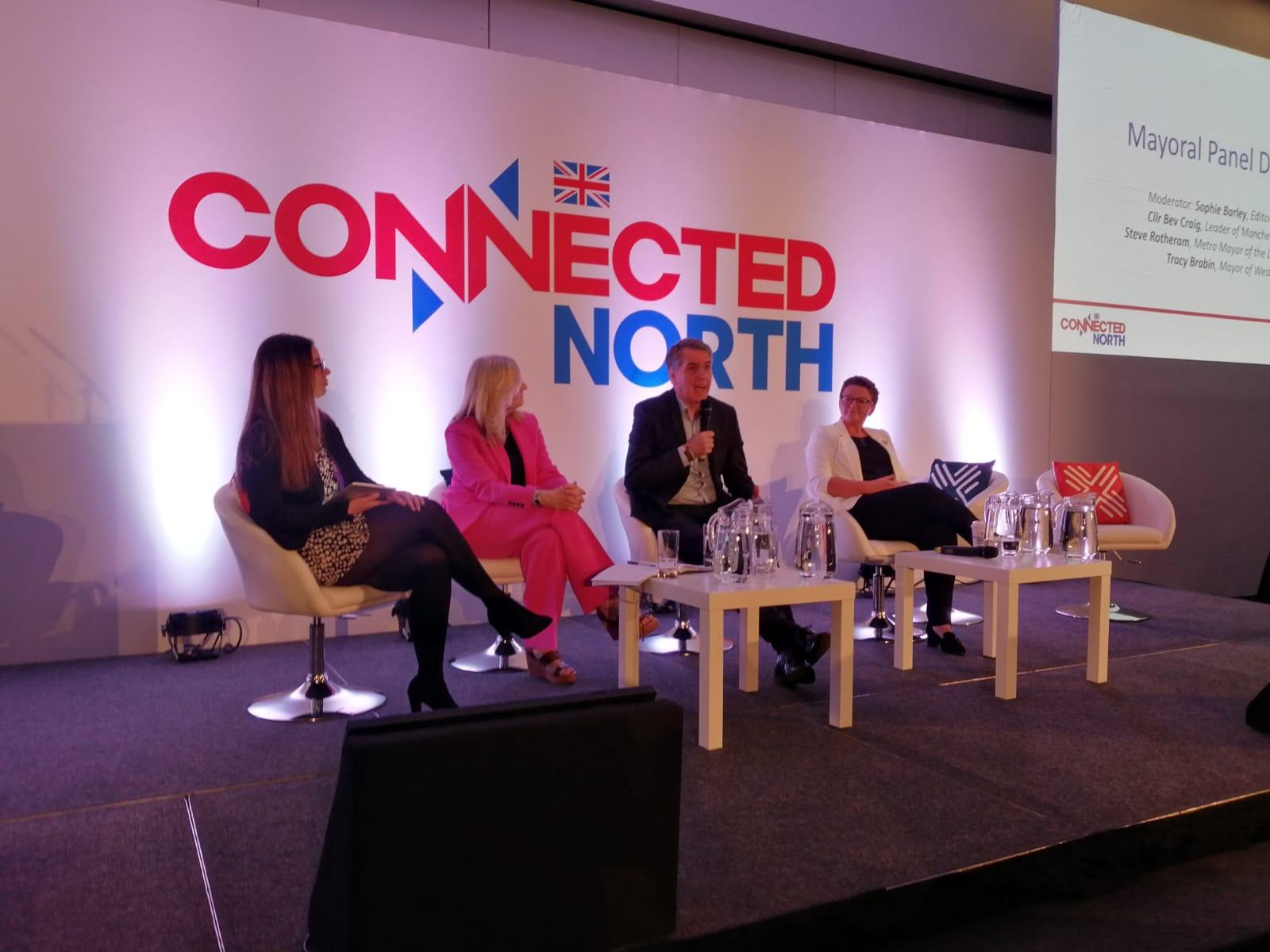 Councillor Bev Craig, Leader of Manchester City Council, agreed, saying that no one fundamentally disagrees with the premise of Levelling Up, but for it to be effective it needs to be a vehicle for change within the government itself.

“Structurally as a country, no one disagrees that we should be spending the same per head across the nation,” said Craig. “But unless Levelling Up challenges the treasury and how departments operate, it will be confined to history just as quickly as local industrial strategies were.”

But Levelling Up is more than just ensuring equitable investment focus from the government, it is also about developing the region in terms of digital skills and shrinking the digital divide.

Crucially, this is about more than just ensuring that high quality internet infrastructure is available and affordable; it needs to be accessible by all parts of society, to meet their individual needs.

“It’s obvious that problem of digital exclusion is to do with price, but it’s also to do with homelessness, mental health, learning difficulties, and a host of other factors,” said Brabin, noting that encouraging digital skills was vital for community development.  “We need soft skills for hard time.”

Naturally, this is a huge challenge for regions across the North, where isolated communities are all too often left behind, both in terms of national infrastructure rollouts and government investment.

“We all have the same vision for our communities and digital needs to be at the heart of that,” said Rotheram.

Connected North is taking place right now! Check out the agenda and book your place today.

Altitude, Afiniti partner to optimize business results with AI in the contact centre