Yesterday, Orange announced that it had purchased OTE’s 54% stake in Telekom Romania for €296 million.

The Romanian state will hold the remaining 46% stake.

For Orange, already the largest mobile operator in Romania with an overall market share of around 27%, the motivation for this purchase is obvious enough. The multinational operator giant has been pursuing a convergent strategy in various markets around the world, and this acquisition of Romania’s second largest fibre player will allow them to offer services across the consumer, business and ICT markets in both the mobile and fixed line sectors.

“Together, we will build for our customers a complete offer with extended fixed coverage, mobile services from Orange, including expanding 5G coverage, more varied TV content and ICT solutions that support the digital transformation of businesses and public administrations,” said Orange Romania’s CEO Liudmila Climoc.

“Today is a landmark day for Orange as this acquisition will propel Orange Romania forward in its convergence ambitions. Convergence is the key to our growth across Europe, and Romania is a key part of the Group’s European success story,” added Mari-Noëlle Jégo-Laveissière, deputy CEO, in charge of Orange in Europe.

OTE, for its part, said that the sale will help finance its “rapid infrastructure rollout in Greece” according to company CEO Michael Tsamaz. It also said that €174 million will be distributed amongst shareholders later in the year.

In related news, around this time last year, Orange and the Romanian Ministry of Transport and Communications announced a preliminary agreement in which Orange would take ownership of Telekom Romania’s fixed line operations, creating a new entity in which the Romanian state would hold 20%. 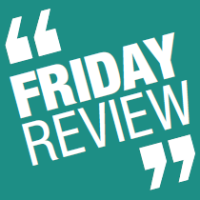 Trump-ets of the apocalypse part III: assumption is the mother of all mess-ups