Global Wireless Solutions has today released the results of its most comprehensive nationwide customer experience test of mobile network performance. It is the first test of its kind to combine controlled scientific network testing with a deep analysis of consumer behaviour and expectations of performance. The results show which operators perform best in major cities and towns across the country, using GWS’ Reliability OneScore metric.

GWS recently conducted focus groups and consumer polling along with network performance testing throughout the UK. GWS’ controlled testing involved the usage of specialised measurement equipment combined with iOS and Android devices. The combined results reveal how networks are truly performing and what matters most to customers. For example, GWS’ research revealed that having reliable network connectivity is twice as important to consumers as having a fast network. The results of GWS’ research and network testing were used to update the GWS Reliability OneScore – a ranking that now provides the most current “consumer eye level” view of network performance to date. The GWS Reliability OneScore results show that O2 is the most reliable network in 17 of the 32 major cities and towns tested, Three was most reliable in 12, and EE in 3. Vodafone did not rank as being the most reliable network in any of the cities and towns tested.

Through the consumer survey and focus groups that were conducted by YouGov on behalf of GWS, it was found that losing mobile network signal makes Brits very angry. 18% of UK smartphone owners swear when their phone has no signal, 28% sigh out of frustration, and 28% of people give up on their phone all together if they can’t make a call or use the internet. 18-34 year-olds get the most riled up as the survey suggests that over half a million have thrown their phone in anger when they lose connectivity. The research also found the top three situations that frustrate users the most when they lose signal: while in a moving vehicle, when in an unfamiliar city or when trying to meet up with friends and family.

The results of the mobile network testing, the data for which was captured using both Android and iOS devices (something only GWS has done), found that the major cities with the most dropped and blocked calls were London, Leeds and Birmingham. By combining voice and mobile internet network performance with customer satisfaction results, GWS has created a one-of-a-kind Reliability OneScore which accurately reflects how consumers use and perceive network performance. The results reveal that O2 ranks highest in the most locations tested including Liverpool, Newcastle, Reading and Swansea. Three is ranked as the most reliable network in London, and EE in Manchester (see Fig 1 for full results).

I’ll go wherever you will go

In terms of where consumers struggle the most when connecting to their mobile network, GWS’ research found that 25% reported issues on trains, 22% struggle at home, 18% struggle in shopping centres and 13% have issues at work. The most common network problems encountered by consumers include text messages not sending (28%), websites or apps not loading (35%), calls not connecting (22%), and calls dropping mid-call (20%).

When asked to consider the 5 most important criteria in selecting an operator, UK consumers are twice as likely to choose reliability instead of network speed. Similarly, the most important phone functions for UK adults are making calls (69%), texting (53%) and browsing the internet (43%), while only 3% of UK adults listed watching videos as a top priority. Overall when looking at how operators fared in the consumer survey, O2 had the highest percentage of ‘very satisfied’ satisfaction ratings.

Dr. Paul Carter, CEO of GWS commented: “We have purposely let the British public direct us as to which aspects of mobile network performance are the most important in their daily lives. There is too much focus on ranking operators by data speed versus other key network performance aspects such as reliability and customer satisfaction. The message we received loud and clear is that consumers want to know which network they can rely on to keep them connected to friends and family or to provide access to content. Our testing showed that all operators currently provide mobile internet quick enough to stream a video from Netflix, but the real issue is which network will let you call, text and browse the internet most reliably. We have broken down the results by cities and towns to give consumers meaningful information with which they can ensure they choose the network which best fits their needs where they live and work. Our scientific testing ensures we provide the most meaningful measure of network performance and should help people avoid throwing their phones in anger!”

“Consumers have told us that the persistent issue of mobile signal not-spots around the country is clearly infuriating them. Our testing shows that local authorities in big cities like London and Birmingham need to work more closely with network operators to ensure network coverage is not being held back by red-tape.”

Verizon makes a stand on 5G in New York 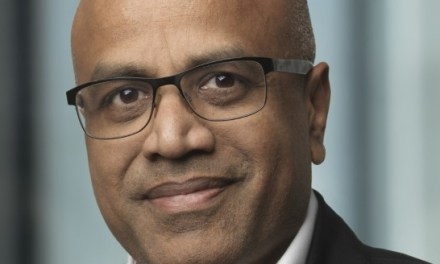 Europe lagging on 5G? Don’t be so sure, says Ericsson