Prysmian Group, world leader in the energy and telecom cable systems industry, scores another world record after delivering the densest and highest fibre count underwater optical cable ever made. An underwater FlexTube cable containing 1,728 optical fibres was successfully deployed by the Australian telecommunications provider Superloop for its TKO Express project, to provide broadband connection between the areas of Siu Sai Wan on Hong Kong Island and the data centre hub of Tseung Kwan O (TKO) Industrial Estate on the mainland. The previous record was set in 2014, when Prysmian manufactured an underwater FlexTube® cable with 720 fibres.

“We are extremely proud to be part of such an amazing project, to contribute to history by designing and making something that perfectly fits the need of our customer. Connecting Hong-Kong is connecting the world,” said Philippe Vanhille, Senior Vice President Telecom at Prysmian Group.

As Frederick Persson, CEO at Prysmian Australia said, “It required a strict coordination of resources and processes. We wanted to make sure our customer tight deadlines were achieved. We understood the significant, positive impact this cable had to their business in Hong Kong and we have delivered”.

To complete the project, Prysmian used its strength as a global manufacturer with effective intercompany cooperation. The base 1728f FlexTube® cable was made in Europe, in the Calais, France factory. It was then airfreighted to Australia to apply additional layers of moisture barriers and aluminium tape in the Dee Why, Sydney factory. To ensure that the cable was up to the rigours of being buried up to 5m in to the Hong Kong seabed, double armouring layers of wrapped steel wires were applied. A final sheath was applied at the Group’s Liverpool plant, located west of Sydney. The project commenced over two years ago with the first design of the cable. The manufacturing process took almost six months, shipping the cable to Hong Kong early last December.

“Prysmian has been able to manufacture the densest and most compact underwater cable ever made thanks to the co-operation between local and overseas Prysmian affiliates, combined with our specific technical requirements,” said Matt Whitlock COO at Superloop. “Seeing the cable being manufactured in France, processed in two different plants in Australia and then transported on a plane to Hong Kong was simply fantastic. Prysmian has proven its ability to master the engineering challenges of submarine cable construction and installation and then to deliver a 15T drum on time.” Mr. Whitlock added.

“It was a logistics challenge indeed”, continues Frederick Persson, “airfreighting a drum weighing 15 Tonnes was something that we have never done before. But we mastered it and the drum was successfully delivered to the TKO Port three days before the promised date. It has been definitely great success for both companies”.

With this project Prysmian continues to prove that it truly is a global manufacturer that leverages on its worldwide knowledge and capabilities to respond to the always growing technological challenges. 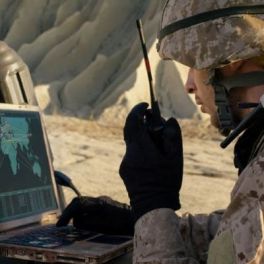 US Department of Defense invests $600m for 5G military tests