Sky and Vodafone among those interested in buying TalkTalk 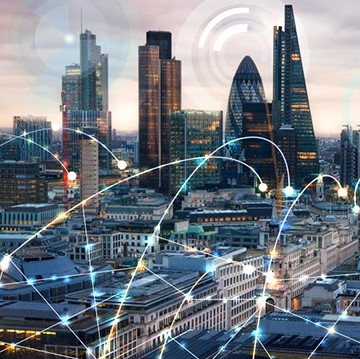 Consolidation of the UK broadband market has been a hot topic in recent months, with supporters claiming that the large number of players is leading to inefficient investment

According to reports, Sky and Vodafone are among a number of suitors having approached UK broadband ISP TalkTalk regarding a potential acquisition.

The reports note that TalkTalk have appointed investment bank Lazard to review their options.

TalkTalk was taken private in a £1.1 billion purchase by Toscafund back in 2020, valuing the business at around £2 billion. Since then, despite difficult years during the pandemic, the company has seemingly grown in value, with TalkTalk founder and chairman Charles Dunstone reportedly suggesting that the business is now worth “at least” £3 billion.

In 2021, TalkTalk reported having around 4 million broadband subscribers.

Vodafone has long been interested in purchasing TalkTalk, with discussions having taken place numerous times over the past couple of years but always fizzling out for unknown reasons. Vodafone itself has just under a million broadband subscribers, so the addition of TalkTalk’s subscriber baser would see their position in the fixed market hugely enhanced.

Sky, meanwhile, already has roughly 6.7 million broadband customers, but this does not mean their acquisition of TalkTalk would be any less ground-breaking. The move would immediately make them the UK’s largest broadband provider, exceeding current market leader BT’s tally of roughly 9.2 million subscribers as of January 2022.

TalkTalk has yet to receive a formal offer from either company.

How would the acquisition of TalkTalk reshare the UK’s connectivity landscape? Find out from the experts at this year’s live Connected Britain conference

O2: 5G could bring $6bn of savings per year for UK govt