Speaking to the press, Mr. Jagdish Vadalia, a Senior Manager for product development of the company said, “Real-time network monitoring function such as checking network usage, security threat detection, VoIP QoS analysis, bandwidth monitoring etc. are some of the important network management system functions and they play a vital role in ensuring optimum performance of networks.”

He added, “Typically, in Ethernet network monitoring, it is very useful to monitor backbone links, where traffic from different sources pass through the network. 10 Gbps links are commonly used in backbone links between witchesouters to connect different parts of the hierarchical network. It makes sense to monitor/capture traffic on such 10 Gbps Ethernet backbone links for detail analysis. Among various tools available for real-time network monitoring, the test tool that performs non-intrusive traffic capture is an important tool.

The ‘Record Only’ application within PacketExpert 10G provides this filtering capability. It provides up to 16 filters that can operate in both directions at full wirespeed of 10 Gbps. User can define different filter options on Ethernet, VLAN, MPLS, IP, UDP and TCP Packet header fields, allowing full flexibility to capture only required Ethernet/IP traffic types.”

•Network Tap – Port1 and Port2 of the PacketExpert 10G act as pass-through ports (or Span ports), allowing traffic to flow through them without affecting its flow.

•Wire-speed Filter – Traffic flowing through Port1 and Port2 can be filtered and captured based on highly flexible user defined filter criteria. Up to 16 filters per port can be defined and can be combined into ‘OR’ or ‘AND’ combination. User can Turn on/off each of the 16 filters at run time.

•Wire-speed Capture – Capture traffic on both directions or only in single direction. Supported file formats include: DAT (GL proprietary ), HDL (GL Proprietary format for offline analysis by GL’s PacketScan™), PCAP (used by Wireshark®) and PCAP-NG (*.pcapng/.ntar – next generation Wireshark®) formats. Capture at full wire-speed up to 8 GB size, as it is stored in the onboard temporary buffer of 8 GB. Capture a very large file size (up to hard disk capacity) by filtering traffic of interest, reduce the capture rate to < USB 2.0 transfer rate (around 250 Mbps). Limit capture based on size (in Mbytes) or number of frames

•Traffic Aggregation – Traffic from either direction: (P1 ? P2) and (P2 ? P1) are aggregated and temporarily stored in the onboard 8 GB DDR3 memory buffer for transfer to the host PC.

•Transfer to host PC and storage for Offline analysis – Onboard 8 GB buffer allows the traffic to be temporarily stored in it. This information can be transferred to the connected host PC through USB 2.0 connection, and saved to a file for later offline analysis by tools such as GL’s PacketScan or the open source Wireshark. Supported file formats are DAT (GL proprietary raw format), HDL (GL Proprietary format for offline analysis by GL’s PacketScan), PCAP (used by Wireshark) and PCAP-NG (*.pcapng/.ntar – next generation Wireshark) formats. 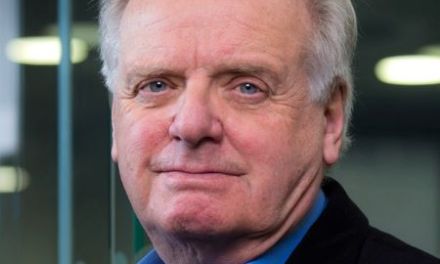