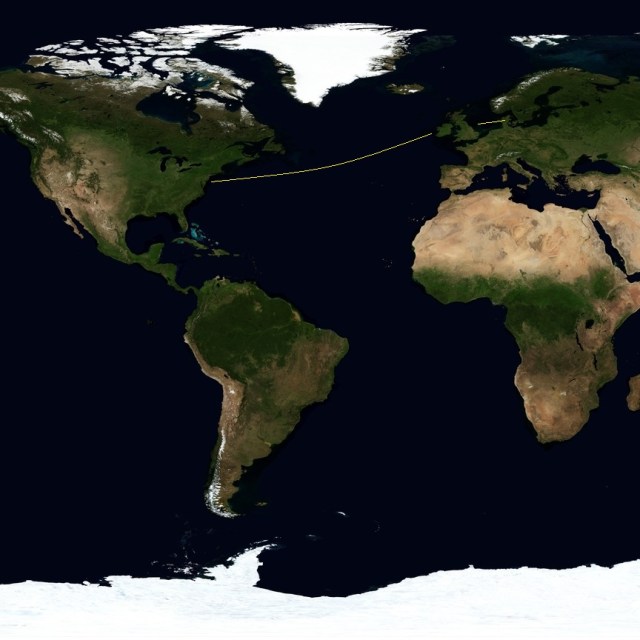 The project is being backed by a consortium of companies, including Aqua Comm and Facebook

Subsea communications specialists TE Subcom has been awarded a contract for work on the Hafvrue cable system. TE Subcom will act as the system supplier to a consortium of companies, including Aqua Comms and Facebook.

Hafvrue will connect mainland Europe with North America via the North Atlantic. A survey is currently underway for the proposed route of the cabling system. The cabling system is expected to be ready to carry traffic by the fourth quarter of 2019.
“The Havfrue cable will provide state-of-the-art connectivity for increasing needs of users, ranging from individual consumers to businesses and the research community. SubCom is proud to be selected as the supplier for this project,” said Sanjay Chowbey, president of TE SubCom.
The system will be owned and operated by multiple parties, including Aqua Comms, Bulk Infrastructure, Facebook and others. Aqua Comms will serve as the system operator and landing party in U.S.A., Ireland, and Denmark. Bulk Infrastructure of Norway will be the owner and landing party for the Norwegian branch options.
The Havfrue cabling system will originate in New Jersey, USA, and terminate in the Jutland Peninsula in Denmark. The cable will also have a branch landing point in County Mayo, in the Republic of Ireland.
Don’t miss your opportunity to hear all the latest developments in the subsea sector at this year’s Submarine Networks Europe event. Representatives from the right across the industry, including Aqua Comms and Facebook, will be speaking on a range of issues affecting subsea pipeline projects. Click here for more information.
Share

Deutsche Telekom sees strong growth in Europe and the US