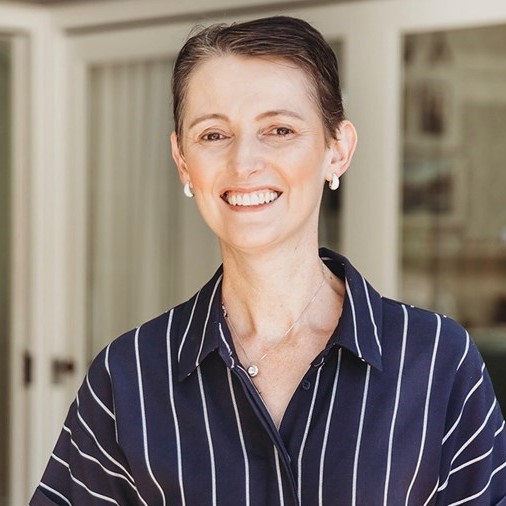 Vicki Brady will be the new Chief Executive Officer of Telstra replacing Andrew Penn who has today (30 March) announced his intention to retire after serving more than seven years in the role.

Vicki who is currently Telstra’s Chief Financial Officer will officially take over as CEO on 1 September 2022 and will work with Andy over the coming months to ensure a smooth transition.

Telstra Chairman, John Mullen said Andy who joined Telstra as CFO in 2012 and had been CEO since May 2015, would leave a positive and enduring legacy for the transformation he has led during his time as CEO.

“Andy has led Telstra during a period of significant change and will be known for his courage in setting a bold ambition through the T22 strategy to deliver a transformed experience for customers, shareholders and employees. There is no doubt the strategy has delivered beyond expectations and has laid the foundations for Telstra’s recently announced T25 strategy and a renewed focus on growth and innovation,” Mr Mullen said.

“During his time as CEO, Andy has driven a focus on digitisation underpinned by a commitment to simplifying our products and services for our customers and employees. He has also maintained our leadership in networks, including recently through our investment to lead on 5G.

“Delivery of the T22 strategy has seen Telstra return to underlying growth, achieve significant customer experience improvements, reduce costs by over $2.5b and reach high performing employee engagement levels with over 17,000 people now working in agile teams across Telstra.

“In recent years, not only has Andy ensured the successful delivery of our T22 commitments he has provided leadership at what has truly been an extraordinary time as we have navigated both as a company and a nation through the challenges of the pandemic.

“While in his role Andy made important contributions to Australian society including through his role as a Male Champion of Change advocating for diversity in the workplace, as Chair of the Australian Governments Industry Advisory Committee on Cyber Security and in the Arts where he received the 2020 Creative Partnerships Australia’s Business Leadership Award for his exceptional contribution to Australia’s cultural life.”

Mr Mullen said during his time as CEO, Andy had also developed a strong team to ensure the ongoing successful leadership of the company.

“The greatest testament to this is the ability to announce an internal successor to the role of CEO and I am thrilled to be able to announce Vicki in the role today,” said Mr Mullen.

“Having started her career with KPMG, Vicki subsequently worked in a range of finance, commercial and strategy roles before moving into broader business leadership positions. She has made a significant contribution to Telstra including her work in developing our new go to market plans as part of the T22 strategy.

"She has played a key leadership role in the development of Telstra’s T25 strategy and is well placed to lead the company through its next phase. She could not be more qualified to take over the reins to deliver on our T25 commitments.”

Vicki joined Telstra in 2016 and has held the role of Group Executive, Consumer and Small Business in addition to her current role of CFO and Group Executive responsible for Strategy, which she was appointed to on 1 July 2019. She is an experienced executive leader, who has built a strong and deep understanding of telecommunications and technology on top of her financial expertise.

She has a Bachelor of Commerce from the Australia National University, a Masters from Stanford University Graduate School of Business, is a member of the Institute of Chartered Accountants ANZ and is a Graduate of the Australian Institute of Company Directors. Vicki will be based in Sydney.

Idea Cellular to raise $1.1 billion in equity ahead of Vodafone India merger

Huawei confirmed as industry leader for innovation, filing 5,405 patents in 2018