Barnes joins Voneus with more than three decades of experience in the digital and traditional media industries, including at ESI Media – the company behind London Live TV – and at SCOOT (now Web.com) where she was instrumental in growing commercial operations ahead of its acquisition by ITV. At Voneus, she will be responsible for overseeing all commercial strategy and activities for business and residential projects including sales, marketing and customer experience.

Bennett will oversee the expansion of Voneus’ fixed wireless access (FWA) and fibre infrastructures, as well as head up the company’s entire network, service delivery and engineering operations. He joins the company from Virgin Media, where he was head of strategy and planning for its consumer division. Prior to that, he spent ten years in senior leadership positions at TalkTalk and Tiscali, where he was instrumental in the establishment of FibreNation and the rollout of fibre-to-the-home services.

As head of strategy, Scorah will be responsible for Voneus’ product roadmap and service innovation, as well as the company’s long-term market proposition. He will also help develop the company’s acquisition strategy, a key component of its future growth plans. He joins after a long stint at BT, where he held senior roles in the company’s consumer division and headed up the team responsible for regulatory affairs and commercial relationship with Openreach.

The expansion of Voneus’ senior leadership team is part of the company’s overall strategy to rapidly scale operations in order to deliver much-needed broadband services to remote communities. This follows a major investment in the company from Macquarie Capital, secured in August 2019.

“During the last six months, we’ve put into motion some truly ambitious plans to connect more communities, more quickly than ever before; having the right people on the team is essential if we are going to hit our goals,” said Steve Leighton, CEO, Voneus. “Sue, Mark and Ilan bring with them a diverse array of skills and experience in both the telecoms and media markets. They understand what it takes to deliver innovative, high-quality services at scale, so will all play central roles as we continue to ramp up our operations in order to bring an end to the current digital divide.” 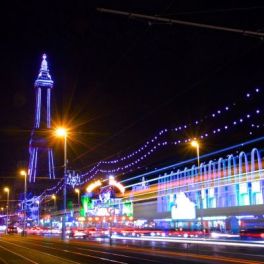 CityFibre to light up Blackpool with broadband buildout