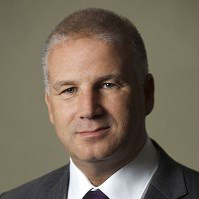 What trends are you noticing developing in the subsea market?

Overall, we are witnessing a continuous growth of bandwidth demand associated with declining prices. This has driven wholesale carriers to pursue large scale investments to achieve low unit costs and consequently to sell wholesale products with large quantity of capacity, such as dark fiber or partial spectrum.

OTTs have also reshaped the market as they require huge volumes of capacity between their proprietary data centres. At the beginning OTTs used to buy capacity from wholesale providers, but, as their bandwidth demand was growing, they started constructing their own infrastructure, competing with international bandwidth operators rather than being their customers. This is happening especially on Atlantic and Pacific routes to connect OTTs’ US networks with the rest of the world. On the other hand, OTTs are still important customers of traditional operators on secondary routes such as those to Middle East and Africa.

What challenges are operators facing and how can they be overcome?

Operators are reacting to the price erosion scenario trying to achieve low unit cost without acquiring an exaggerated quantity of bandwidth that can’t be sold before the technology evolution introduces a new generation of lower cost supply.

A way to face such challenge is to participate in the construction of the latest technology high capacity subsea cables, sharing with others the large investment and the realized capacity.

Although consortium cables still continue to be realized, especially in the Asia Pacific region, a new model is emerging: private cables. Under this model the submarine cable is planned and realized by a private company, usually a newco created by senior managers with expertise in submarine cable realization and operations. The newco finds the funding and pre-sales to operators most of the fibres before the cable is constructed. In this way, operators can participate to the realization of a low unit cost cable, acquiring only a part of the cable huge bandwidth. At the same time the private cable construction is faster and more flexible than a consortium cable as well as easier to operate and maintain. This is the model applied by Sparkle for Seabras-1.

What new geographies are particularly interesting to you at the moment?

Sparkle operates worldwide but has a specific focus on the Mediterranean Basin and on Latin America, where we have proprietary fiber-optic backbones and strong commercial presence.

We plan to consolidate our leadership in the Mediterranean basin extending the capillarity of our backbone and reinforcing Italy’s role as the main Internet Hub in the Mediterranean area, connecting Middle East and South-East Asia to Europe. We are also seeking opportunities to extend our infrastructures in the Balkans and to develop new terrestrial route – alternative to traditional submarine routes – to connect Europe to the African East Coast, Middle and Far East.

In the Americas, we aim to create synergies with other players and leverage on our new Seabras-1 cable to support the demand of capacity originating in South America, especially Brazil, along the South to North America route.

In addition we plan to focus on the Trans-Atlantic route to satisfy the increasing bandwidth demand coming from Europe and US.

Do you have any predictions for the state of the industry over the next year to 18 months?

We expect new private cables to be constructed and believe that this business model will overcome the traditional consortium model.

We also believe that wholesale operators will readjust their role from being capacity/spectrum sellers to acting as project leaders and infrastructure resellers to OTTs.

What has been your company’s proudest achievement over the past 12 months?

Over the last year Sparkle has invested significantly in submarine cables and on the opening of new PoPs in Europe, North America and Asia.

In December 2017 we have activated three fiber pairs on the new Seabras-1 cable connecting Brazil to US.

In September 2018 Sparkle has established a strong relationship with SAEx International providing connectivity from Brazil up to USA and interconnection facilities in Brazil as well as technical and sales support in Brazil and North America.

Sparkle is also involved in deploying new technologies (e.g. 200 Gbps tech and beyond) in several cable consortia aiming to manage and reduce Total cost of ownership. 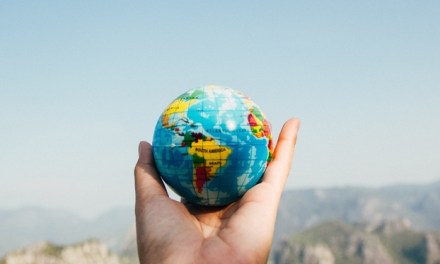