How can telcos move towards Green 5G networks 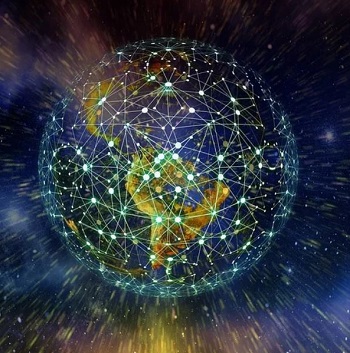 The recent Intergovernmental Panel on Climate Change (IPCC) report points that there has been a 1.1 degree Celcius increase in temperature since pre-industrial times. Further, there is at least 90 percent certainty that the warming of the planet is caused due to human activity.

All this means there is an urgent need to bring down carbon emissions. The ICT industry is at the forefront of bringing down carbon emissions. There is an unprecedented increase in data consumption across all geographies, especially so after the outbreak of the COVID-19 pandemic, which has accelerated the digital transformation and has increased the use of digital tools and applications.

As the service providers gear up to meet the growing demand, it is crucial to improve the energy efficiency of the communications industry, so the growth rate of energy efficiency catches up with or exceeds the traffic growth rate. ITU has made the reduction of ICT carbon emissions by more than 45% a clear target for 2030.

This is the right time to focus on sustainable solutions as the service providers are in the process of building and scaling 5G networks and can include energy-efficient components in the network design and architecture. The operators need to deploy networks that can deliver superior services to their subscribers while also being sustainable and enable them to meet their carbon neutrality ambition.

Huawei has always been leading the innovation on Green technologies. Their hardware product, with top-class performance, also has a lowest power consumption. Early in 2018, they launched PowerStar1.0 solution to bring intelligence to the network level energy saving, which proves to be very useful to reduce total carbon emission of the wireless network.

Direction 1: Multi-Antenna RF Reduces Per-Bit Energy Consumption and Increases Transmission Efficiency
RF devices account for around 60% of the total energy consumption of a wireless network site. Bringing this down is key to developing 5G green networks. There are several options available that help the telcos in reducing the energy consumption. For instance, Huawei’s Active Antenna Unit (AAU) comes with an ultra-large antenna tray, which combines software and hardware components, including new baseband algorithms and antennas to maximize the potential of antennas for energy saving while ensuring better experience and coverage. The networks using the ultra-large antenna tray are known to consume 30% less electricity while delivering the same level of coverage and experience.
Direction 2: Ultra-Broadband Multi-Band Devices Reduce Energy Consumption
Increasingly, the service providers have to use more spectrum bands, leading to more complex antenna installation and consequently greater power consumption. Ultra-broadband and simple antenna deployment allow for more bands on one RF module without incurring additional energy usage.
Further, increased integration enables a device module to expand its RF capability from just a single band to several bands allowing the service providers to provide services energy efficiently.
Direction 3: Hardware Enhancement for Nearly Linear Power Usage Changes with Varying Load Levels to Reduce Medium- and Low-Load Energy Consumption
The deployment by operators in China demonstrates that deep dormancy helps reduce power consumption by more than 60% in networks with a light load.
Traditionally, RF hardware transmits with higher efficiency as traffic loads increase and tends to lower as traffic loads decrease. However, the components can be adjusted to work in sleep mode to enhance the energy efficiency of the network. This way, the CSPs can improve their efficiency in medium load and light load scenarios.
Direction 4: Simplified Sites without Equipment Rooms and Air Conditioners
The use of air-conditioners in equipment rooms accounts for approximately 40% of the sites total energy consumption. However, with centralized BBU deployment, one air-conditioner can be used to cool multiple sites leading to overall more energy-efficient operations. Other natural cooling methods can also be used to cool equipment rooms. Studies in China have shown that 17,000 kW per hour of electricity can be saved at a single site each in the year with a centralized BB you unit.
Direction 5: Linked Site Energy Improves Comprehensive Energy Efficiency
Traditionally power supply, power shortage and power usage components at a site are unable to collaborate on current service loads and running status. As a result, end-to-end power supply and backup efficiency are low, which significantly increases the site’s power consumption level.
These components are now linked so they can collaborate to adjust temperature and power operations in line with service loads thereby reducing energy waste for operators. New energy sources, like solar power, can also be adopted for overall greater energy-efficient sites. Intelligent staggering has already been implemented in China, where it has helped the operator cut 17.1% electricity fees per site every year.
Direction 6: Intelligence for Energy Saving and Network Performance
Typically, there were two energy-saving mechanisms for operators: carriers-level shut down and channel level shut down.
Essentially, this means that some carriers or RF channels are shut down at a fixed time or when the load is below a certain threshold, reducing power consumption. However, mobile networks employ multiple radio access technologies and multiple frequency bands, which means coverage of multiple sites and cells may overlap.
Now, network energy-saving solutions are becoming more intelligent, and AI-powered technologies can be used to allocate network and spectrum resources in real-time based on network service characteristics and network running status. In this way, the best energy-saving solution can be employed while still retaining optimum network performance.
Direction 7: Services Switching to 5G to Maximize Its Advantages in Energy Efficiency
5G is several times more energy-efficient than 4G as its protocols are more conducive to energy saving. The spectral efficiency of 5G is higher than LTE and will be continuously improved upon in the future.
Thanks to wider bandwidth and better spectral efficiency, data transmitted per unit time in 5G is ten times more than LTE, lowering per bit power consumption. After services are migrated to 5G, the energy efficiency of the entire network is improved, and the energy consumption is reduced.
Direction 8: Full-Lifecycle Recycling Reduces Dependence on Natural Resources
The service providers must incorporate recycling philosophy at all stages of the product lifecycle management to minimize the dependence on natural resources and adopt a low-carbon product lifecycle.
More than 50 service providers are using Huawei’s PowerStar to leverage Artificial Intelligence (AI) to strike the right balance between energy saving and network performance. Around 800,000 sites in China are running this solution to save 400 million kWh every year.
It is imperative for service providers to aggressively adopt measures to enhance the energy effectiveness of the networks. This is crucial as data consumption continues to rise, and green 5G networks can go a long way in meeting the targets of the Paris Climate Agreement.
Share

Aussie telcos under fire for charging customers for unreachable speeds