Just one year after the founding of mu Space Corp, the Thailand-based space and satellite company has reached a significant achievement with the company CEO James Yenbamroong winning the “Quality Persons of the Year 2018” award, under the “Information, Communication and Technology” category.

The annual awarding event, hosted by the Foundation of Science and Technology Council of Thailand, honors exceptional individuals who make a major contribution to the Thai society.

James said he felt honored to receive the award.

“It’s my desire to use space technology to improve the quality of people’s lives, and this led me to found mu Space. To be recognized for this work is very special and really humbling,” James said.

He further added: “I’m dedicating this award to all my staff and partners who, like me, are motivated and driven to make mu Space a success. Like other companies that started from scratch, setting up mu Space takes guts, determination, and a lot of moral and team support.”

mu Space is planning to launch in the 2020s its own geostationary satellite. The company is working to support the growing demand for satellite-based connectivity in Asia-Pacific, particularly in Southeast Asia.

“Satellites can be used in a number of ways. Among others, it is commonly used today to support broadband and mobile connectivity in remote areas,” James informed.

“Everything that can be seen from space can be an invaluable source of information. Many governments use satellite imagery to map city landscapes, monitor environments and analyze carbon footprint. These satellite applications are becoming essential to the delivery of sustainable urban societies and in making our quality of life better,” he added.

James has an inner passion for technology. After studying aerospace and mechanical engineering at the University of California, Los Angeles, James worked for aerospace company Northrop Grumman as a project lead for unmanned vehicle systems.

After years of living in the US, James went back to Thailand. He founded mu Space in 2017. 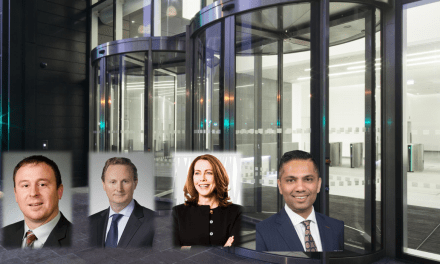