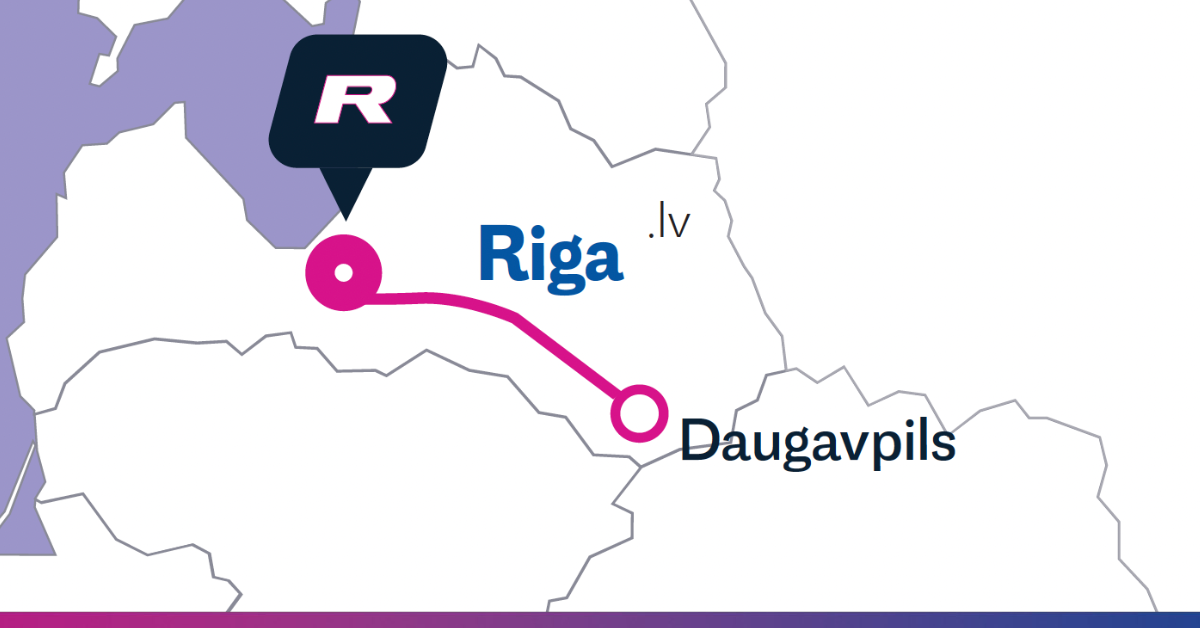 International network service provider RETN continues to invest in the Baltic Region with a new long-haul DWDM route in Latvia, Riga – Daugavpils, and the opening of a new office in Vilnius. The Lithuanian capital is RETN’s newest office location in the Baltics & Nordics and follows the opening of an office in Finland at the end of last year.

Maxim Lukoshius, Regional Director Baltics & Nordics: “The new entity allows us to be even closer to our Lithuanian customers. The opening marks a natural step in our long-term network expansion plan in the region, with the goal to further diversify interconnections between the Baltic and Nordic region and Asia.”

RETN Group now has 5 offices across the Baltics and Scandinavia, with further locations in Latvia, Estonia, and Sweden.

At a length of 243.2km, the new route Riga – Daugavpils allows for one of the shortest existing routes to connect Riga and Vilnius, with a round-trip time of 4.3 ms. By adding a fourth diverse route coming to Riga, RETN improves network redundancy both in the region and the Latvian capital.

“RETN’s latest addition to its backbone network in Latvia allows us to achieve full redundancy between Riga and Vilnius, to reduce single point of failures thanks to 100% diverse fiber routes and to provide a wider choice of capacity services in the Nordic & Baltic region.”

Riga – Daugavpils is the second new long-haul route in the region deployed by RETN this year. In August, RETN launched its first cross-border route between Sweden and Latvia, Stockholm – Gotland – Riga, with a guaranteed RTT of just 6.07 ms for Riga – Stockholm. RETN’s third newest long-haul route, Rezekne – Daugavpils – Vilnius, was implemented in late 2021.

RETN is one of the fastest growing independent Eurasian network providers, with unique resources to connect Europe and Asia. It offers a wide range of connectivity services, such as IP transit, Ethernet & VPN, Capacity, Remote peering to major IXPs, Colocation and Cloud Connect. RETN’s most distinctive feature is its ownership of an extensive, international fibre network. Encompassing more than 132,000km across approximately 865+ PoPs, it allows RETN to have maximum control of its physical network, which is running on leading equipment vendors such as Infinera, Juniper and Ciena.

RETN’s unique solution to connect Europe and Asia is built on its own homogenous DWDM and IP/MPLS Network Platform and widely branched land routes, passing through Western Europe, Eastern Europe and up to the border with China and further onwards into Southeast Asia.

RETN provides telecommunication services throughout its Eurasian network with short lead times, industry leading uptimes, and multiple layers of redundancy for its 1500 customers.

New subsea route to boost connectivity between Australia and EMEA