Verizon deploying private 5G at the Port of Southampton

Last year, Verizon Business announced that it was partnering with Nokia to deliver a 5G platform for global enterprises based in Europe and the Asia-Pacific region, making it clear that the company’s 5G ambitions extended far beyond the US borders.

Now, Verizon is announcing its first foray into the European private 5G market with a deployment at the Port of Southampton, following a deal with the Associated British Ports (ABP).

The Port of Southampton handles around £40 billion in exports for the UK every year, as well as handling around 900,000 cars and millions of cruise passengers ever year. With the deployment of a private 5G network, the Port will be able to benefit not only from the increased speeds and low latency, but also the myriad of new use cases that the technology can unlock, including the IoT, real-time analytics, and even autonomous guided vehicles.

“Businesses such as ABP are coming under more pressure to evolve their services at tremendous speeds in order to take advantage of new commercial opportunities,” said Tami Erwin, Verizon Business CEO. “Along with Nokia, we have been able to equip ABP to take advantage of the immediate benefits private 5G offers, and most importantly prepare the Port of Southampton to take full advantage of new technology applications and real-time analytics which will digitally transform its services in the future.”

With their enormous economic impact, ports around the world are becoming increasingly popular locations for 5G private networks. In November last year, BT announced that it was helping to transform Belfast Harbour into a 5G smart port and in Germany Deutsche Telekom is in the process of doing likewise at the Port of Hamburg. 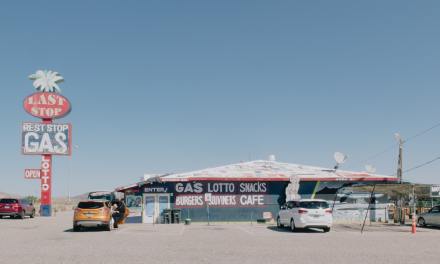 Deutsche Glasfaser to be acquired by EQT, Omers Infrastructure