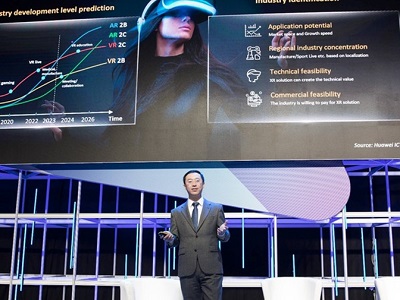 According to a survey, the XR industry will contribute US$1.5 trillion to the global GDP by 2030. Dr. Song added that following the mobile internet, ‘Spatial Internet’ will be the next big thing.

The world is on the cusp of witnessing the fast-paced growth of the XR industry. And the numbers tell the story.

In 2021, more than 10 million units of Oculus Quest 2, a VR headset, were shipped. Ten million users will be the critical mass for the XR ecosystem to take off. The growth of VR devices will mirror that of smartphones and mobile devices. From 1983 to 1994, it took 11 years to sell the first 10 million cellphones. However, the cellphone shipment touched 20 million in 1995, and 100 million were sold over the next three years. According to market forecast, VR headset shipment will reach 100 million units by 2025.

Secondly, the price of VR devices continues to drop, making them affordable for more people. Lastly, continuous innovation in XR technologies has made it possible to deliver a generational leap in user experience.

Content is championing XR growth
Large scale development of games and gaming platforms is also acting as a catalyst to boost the XR industry. “Besides device availability, the most important thing is content. Large sales of hardware and profitable software are the pre-condition for a healthy industry,” shared Dr Song. A case in point is SteamVR, a famous VR gaming platform that took 41 months to connect one million devices per month. But just 11 months later, the number increased to three million. Similarly, the game Beat Saber has seen four million copies sold. This one game generated more than 180 million dollars in revenue.
Moreover, XR developer tools are also more common with the continuous innovation of technologies. “In the past, it required more than 200 lines of code to create an AR special effect. But now, only 10 lines of code are needed with the Huawei AR engine. Developers do not need specialized AR development skills. AR model development is as simple as writing PPT,” he stated.
Some of the success stories of content operation include LG U+ providing AR/VR content to AIS, enabling AIS to quickly acquire content to develop XR users; China Mobile Migu building a VR content aggregation platform to bring in premium content; and Tiktok crowdsourcing content from users. These three cases map to a three-step content strategy: namely content introduction, content aggregation, and content crowdsourcing.
How can telecom operators grab a pie of the XR market?
It will boil down to identifying the right industries and defining the right business models. XR markets should be reviewed first. When identifying a sector, factors such as application potential, regional industry concentration, technical feasibility, and commercial feasibility should be considered. Telecom players also need to define the right business model to convert feasibility into financial success.
In the consumer space, operators can start off by offering XR services as part of the 5G package to get users on board and gain confidence. They can then move on to premium content and scenario-based experience monetization.
Moreover, operators will have to continuously work towards improving XR experience and reducing productions costs to gain a competitive edge.
The way ahead
Dr. Song shared insights into the accelerated growth of the XR industry. He said that the traffic demand of popular XR content doubles every 18 to 24 months. Two years ago, 4K 30-frame full-view XR content was the mainstream, but 8K 60-frame FOV XR content is now becoming more popular. And in the next two to four years, 12K or even 24K XR content with a higher frame rate will be the more common. And this premium content will consume network bandwidth and cloud resources at an exponential pace, he emphasized.
Cloud service capabilities should also double every 18-24 months, allowing premium XR content production costs to fall exponentially. “Huawei Cloud XR Service is one prime example of the same. Through continuous innovation, Huawei is building the strongest foundation for XR development,” he said.
“I do believe that with industry-wide collaboration, 5G+XR will have a bright future. The best way to predict the future is to create it. The time to act is now,” concluded Dr. Song.
Share 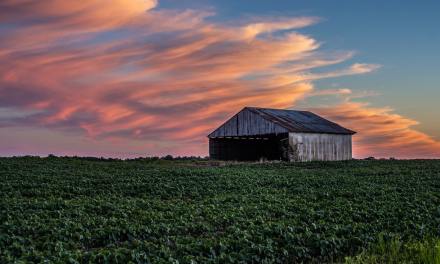