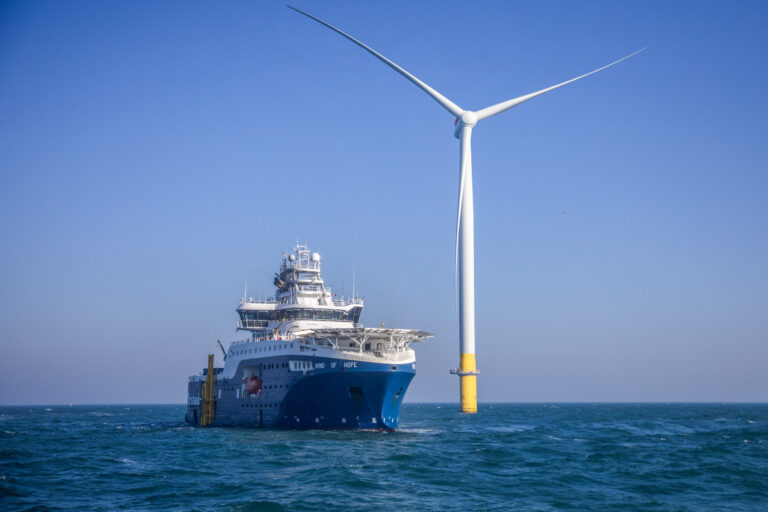 The new Hornsea 2 offshore wind farm, situated off the Yorkshire coast, is the largest in the world

The windfarm itself, built by Danish firm Ørsted, became operational at the end of August and spans around 300 square miles of the North Sea, roughly 90km east of the Yorkshire coast. It will provide 1.3GW of renewable energy to the UK, enough to power over 1.4 million homes.

The wind farm’s LTE network will provide connectivity to the hundreds of staff that oversee the operation and maintenance of the wind farm, with the network coving not only the wind farm itself but also the route to and from port.

“Building a complete mobile infrastructure on an offshore wind farm is a technical challenge, but I’m delighted we’re able to provide the connectivity that Ørsted’s Hornsea 2 needs to connect to the outside world and be efficiently managed,” said Vodafone UK’s Business Director, Nick Gliddon. “It is testament to the great collaboration between us and Vilicom.”

The specific spectrum being used to operate the network has not been announced.

Vodafone and Vilicom have reportedly been working closely with the Ørsted team on the Hornsea 2 project for the past two years, including providing a temporary LTE solution throughout the project’s construction phase.

More recently, however, it is mobile networks that are growing in popularity for offshore energy plants, being able to overcome their predecessors’ latency and bandwidth shortcomings.

How is the telecoms industry stepping up to the sustainability challenge? How are connectivity choices for challenging geographies evolving? Join the experts in discussion on these topics and more at the upcoming Total Telecom Congress